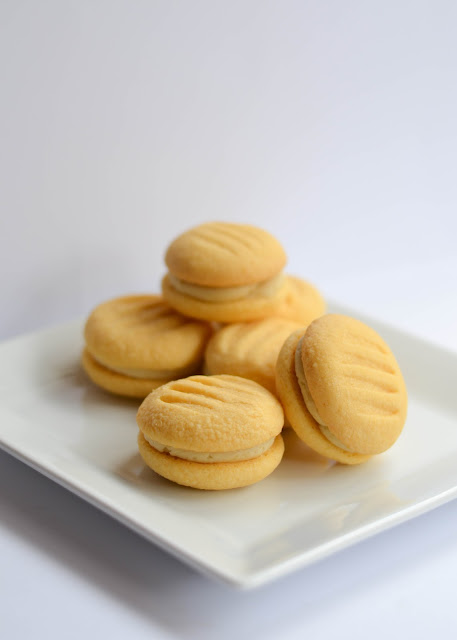 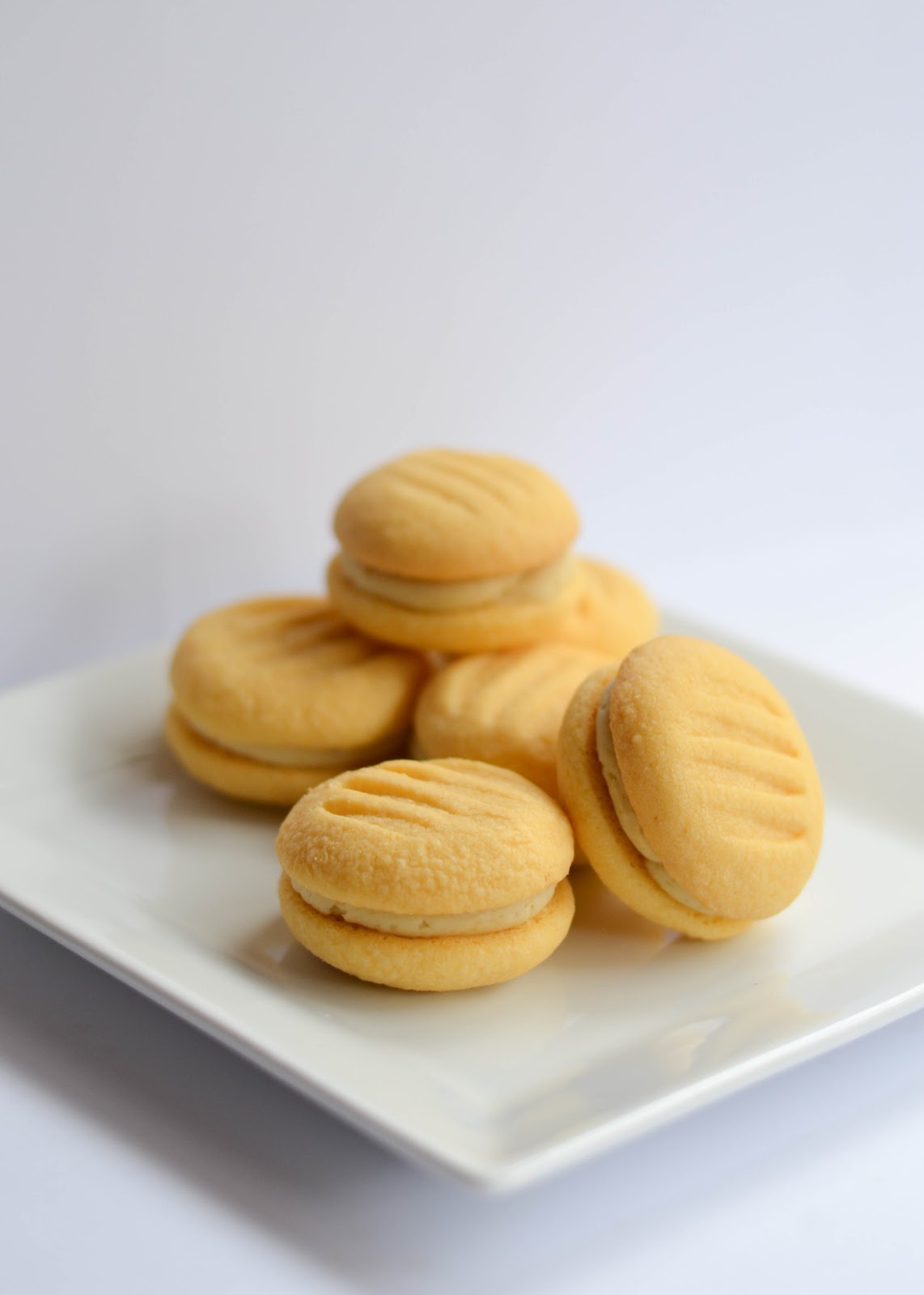 Who remembers the great banana famine of 2011?
For those who are unaware, Cyclone Yasi hit Queensland wiping out a majority of banana production for the country. This shock in the banana production sent prices of bananas into the $15 per kilo mark, almost on par with fresh berries and exotic fruit. Who could ever image the common banana could sell for more than a bunch of out of season grapes?
The ritual of baking a comforting loaf of banana bread became a treasured luxury, and banana where treasured as a bar of gold in the fruit market. I think I remember an article where new line of “banana bandits” where steal bananas from small shops. Let say the country when a bit crazy for a while. 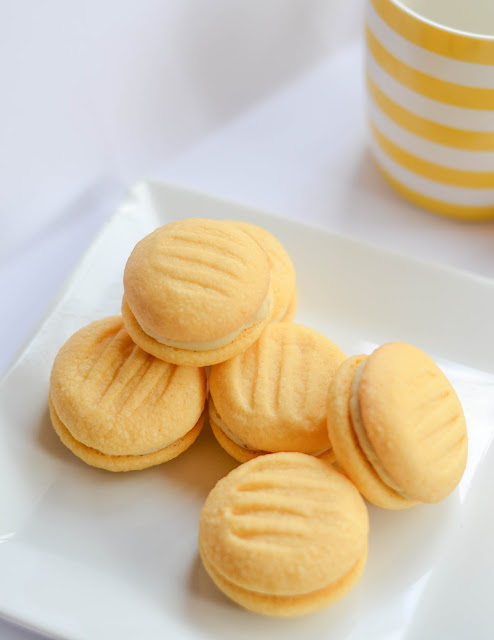 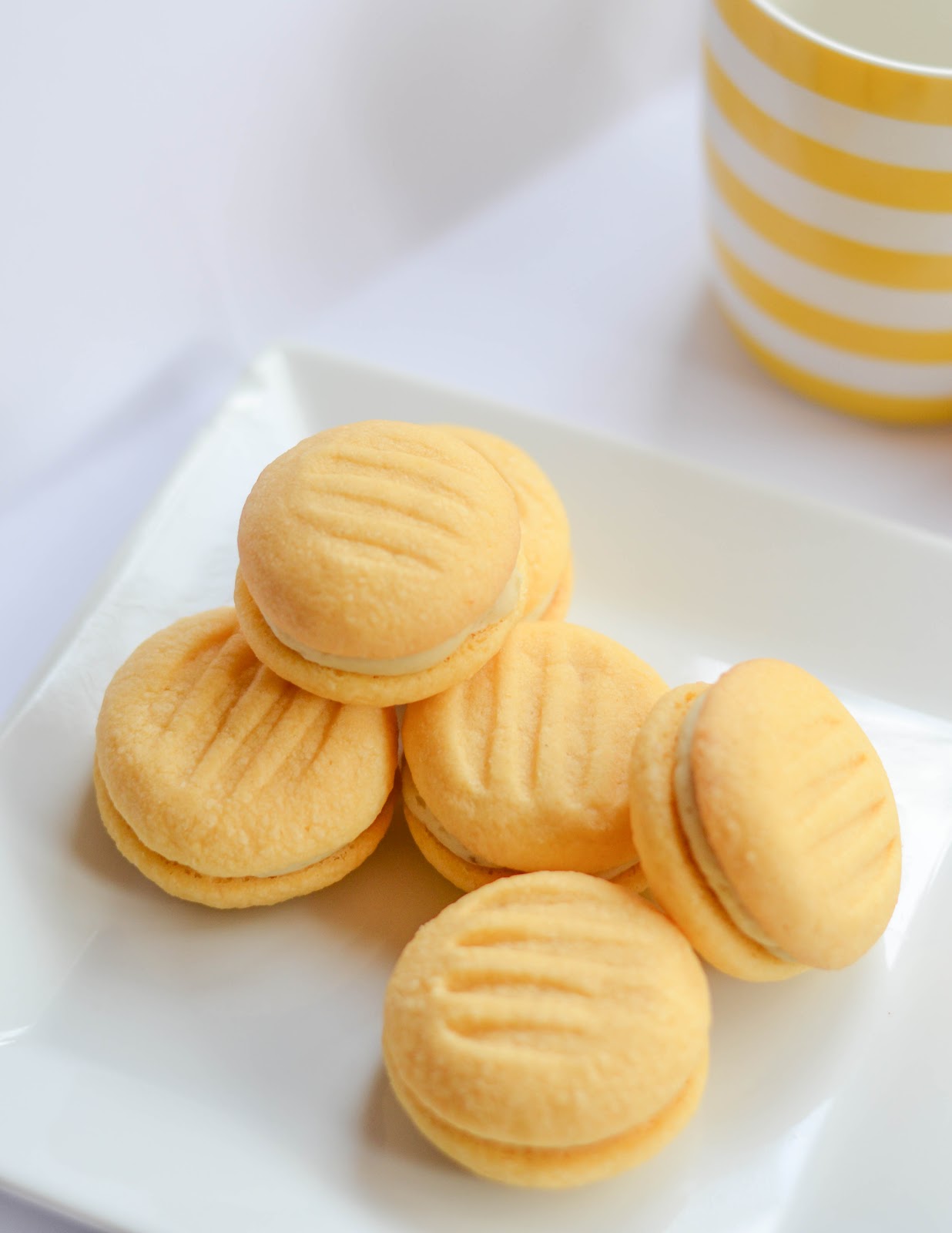 Now in 2012, prices are back down again and the aroma of banana bread has return to the Australian House hold. Normalcy has been restored.

To pay homage to the common banana, I decide to take another classic biscuit and give it a twist with some coconut melting moments with banana Swiss butter cream. This is nice variation to the classic but my heart will always be with the velvety vanilla kind. 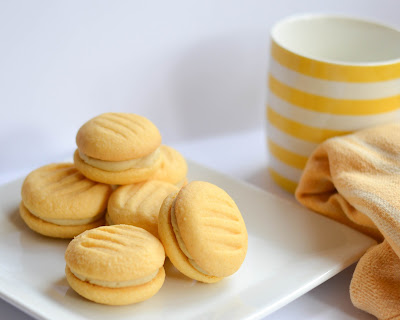 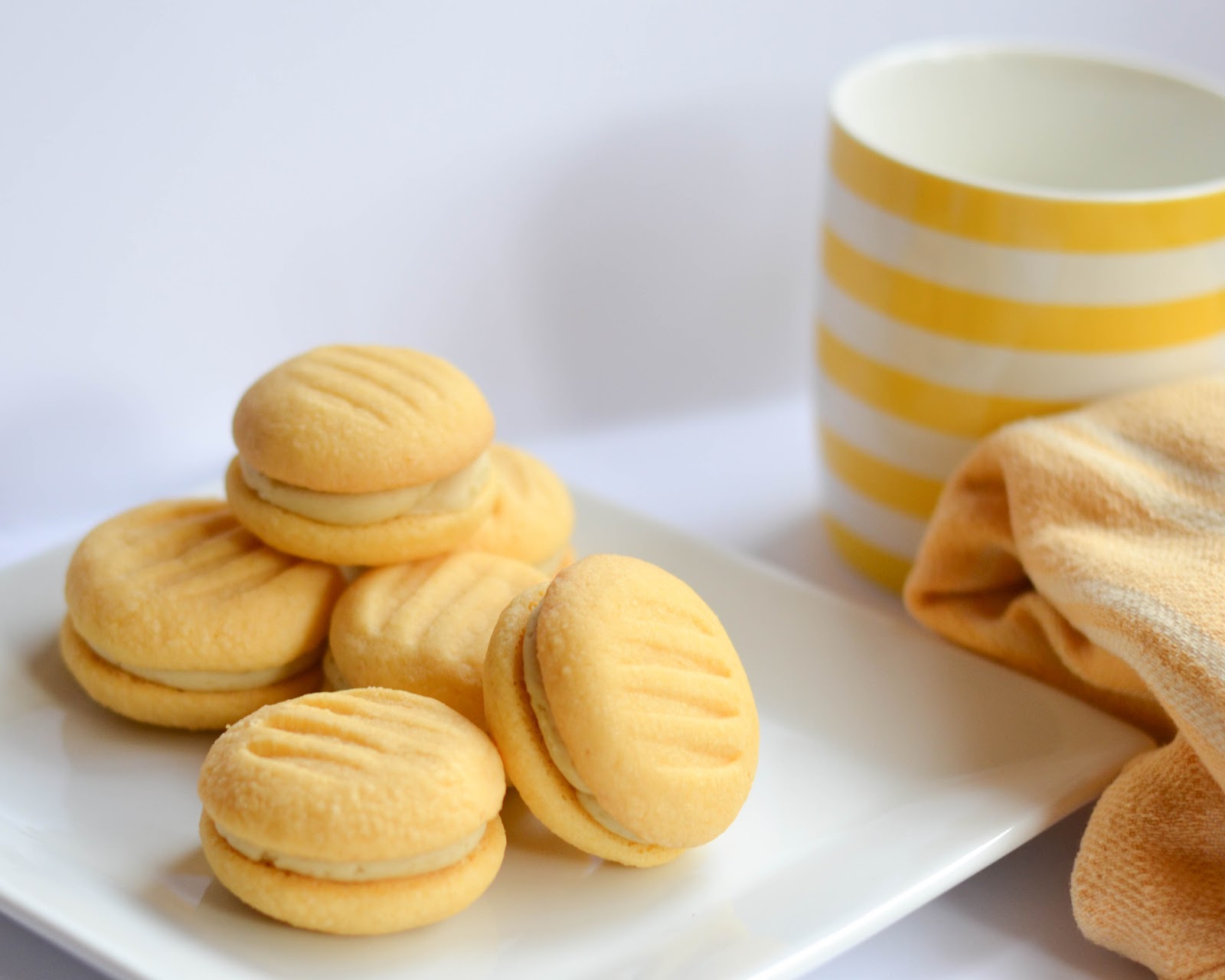 4. With floured hands, roll teaspoon of cookie mixture into a ball and flatten lightly with a fork. Place at least 5cm away from each other on the trays.

5. Bake for 13-15minutes. Do not allow them to colour too much. Stand on trays till cool.

1. Prepare one batch of the plain butter cream.

3. Add bananas and sugar to the cream. Use a mixer with the creaming attachment.

4. At this stage it may look like it is curding, but continue to beat and it will come together again. 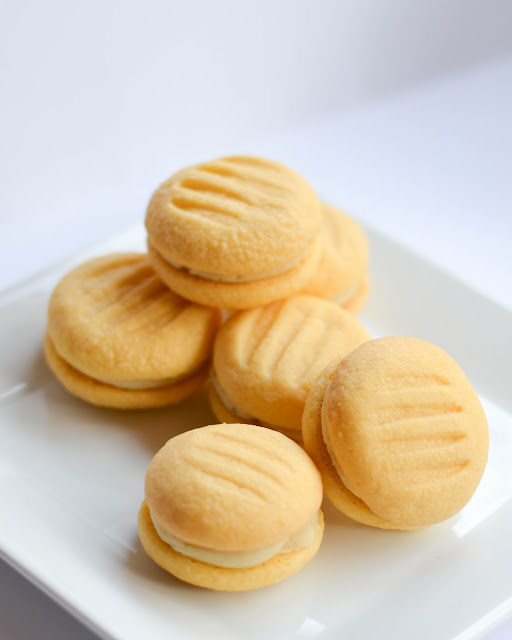 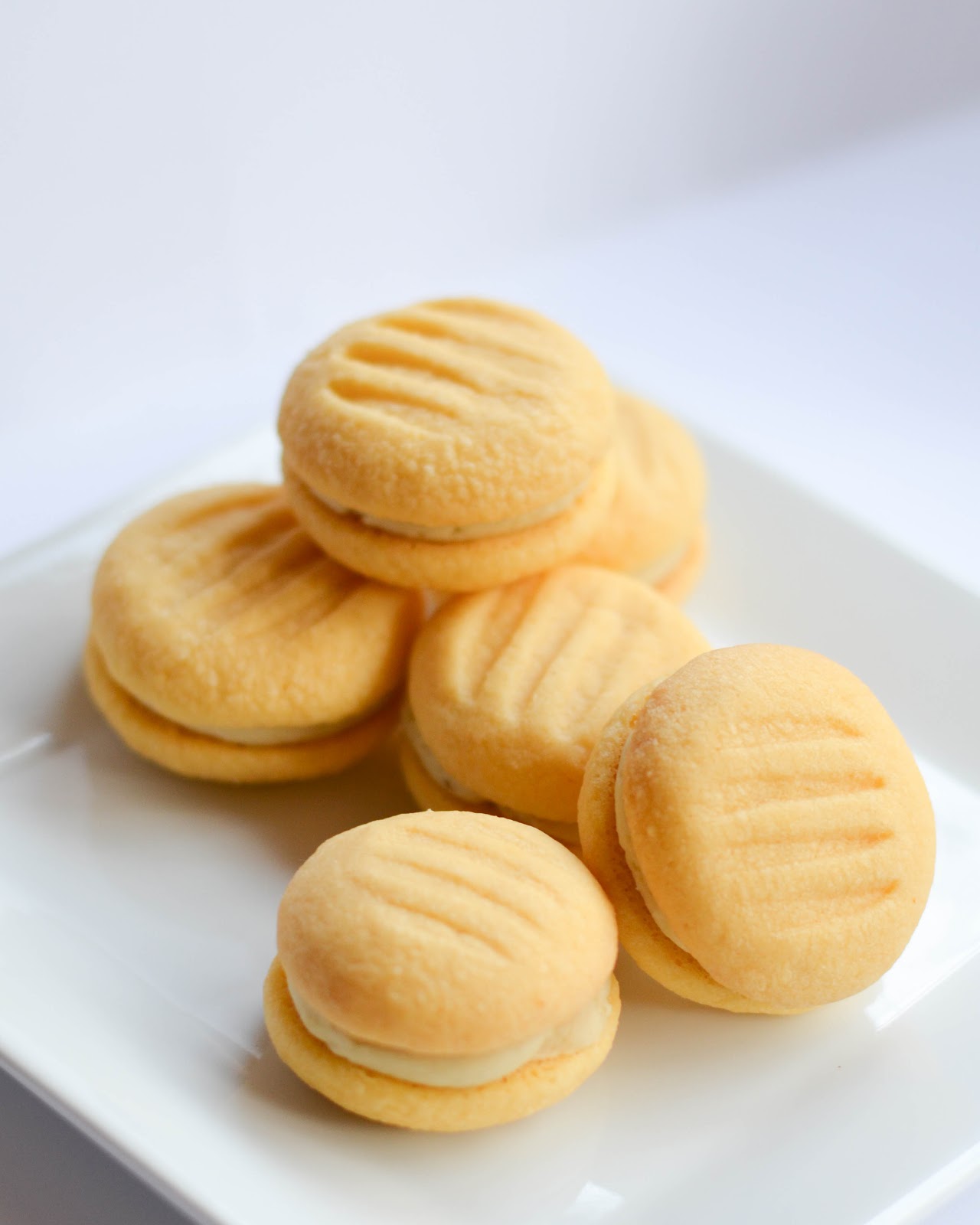 Assembly
Sandwich the cookie with 1-2 teaspoon of cream. I pipped mine but it will be fine to do it by hand.

'Melting moments, paying respect to a great fruit.' have 3 comments