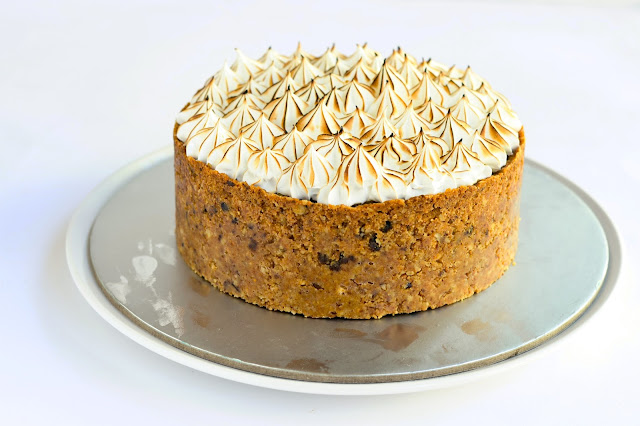 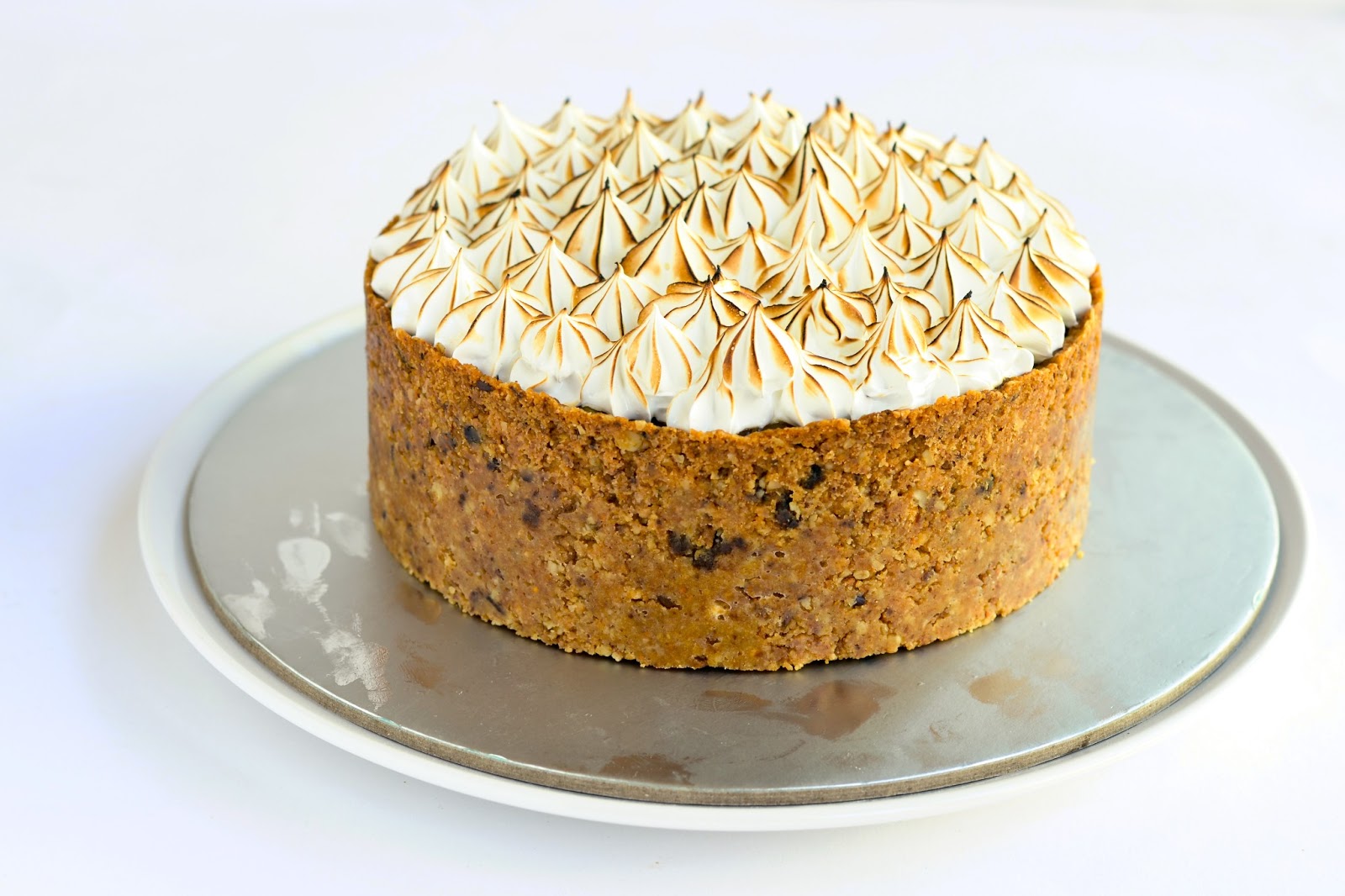 I am not a morning person, any chance I get I avoid getting up for as long as possible. Bright lights, noise and the rising sun all seem to annoy me. Now you know why I am the moon blush baker, I cook most often in the night and afternoon. I really do not know why I love the night whether it is the tranquil silence to wind down from the daily rush or the cooler temperatures, which allow me to relax; I need this nighttime me time. 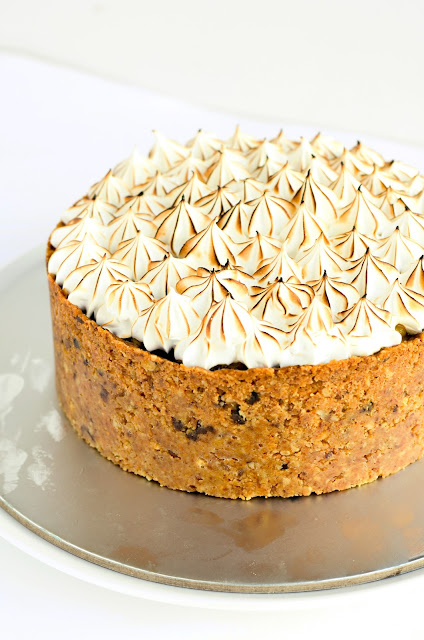 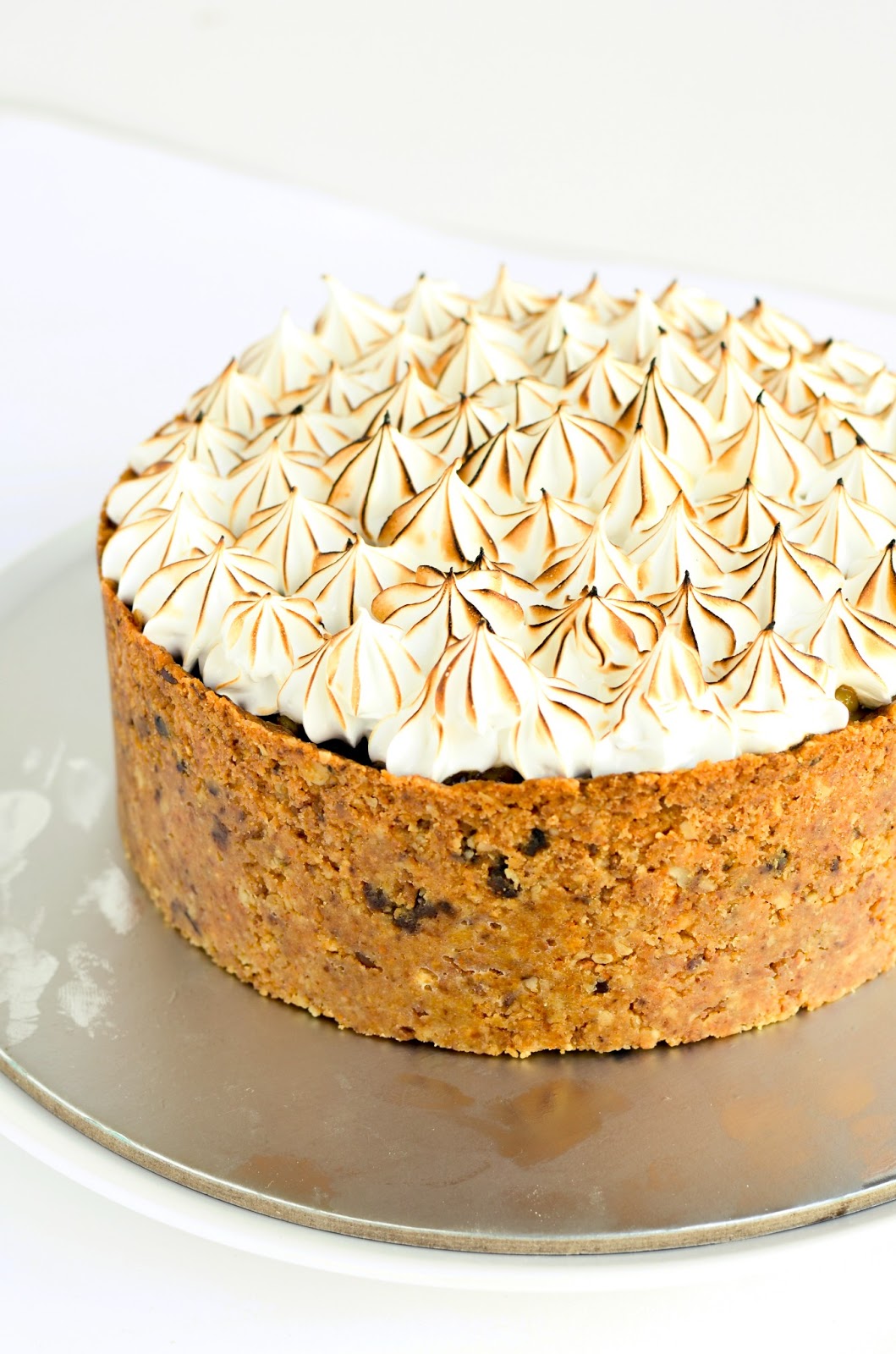 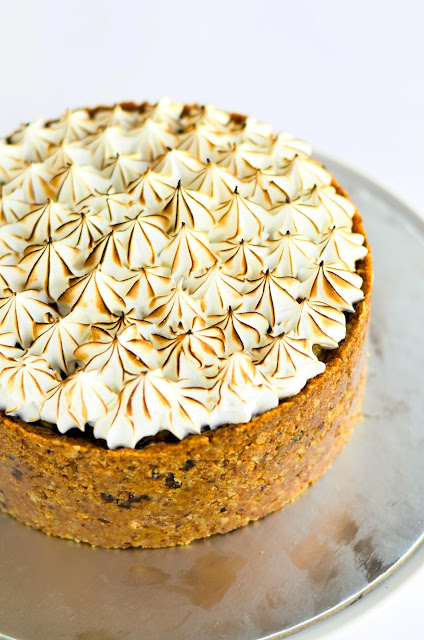 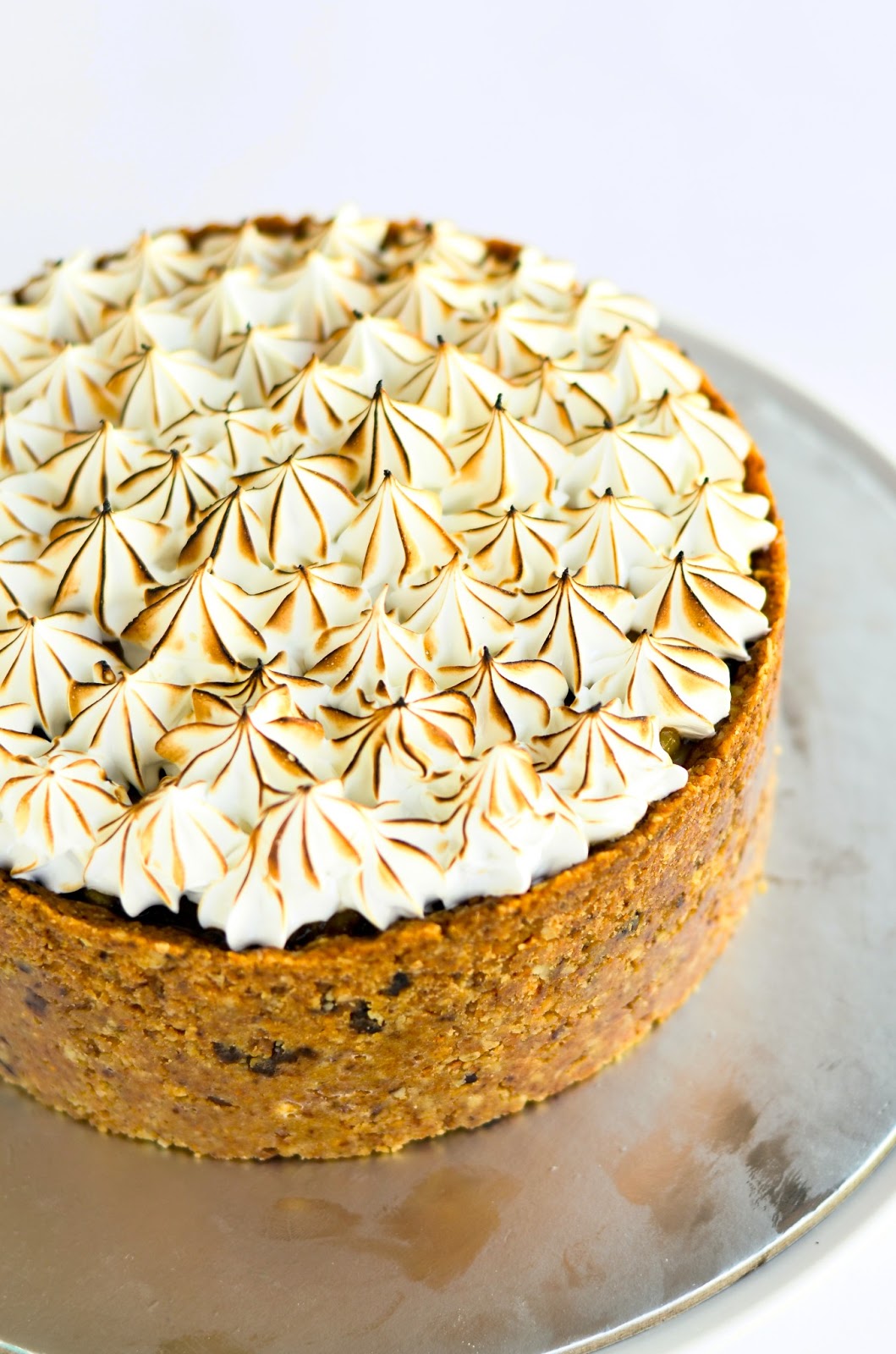 Also it gives my brain time throughout the day to create my wonderful desserts. You never know what kind of inspiration you will encounter by walking in the farmer market or past the new pastry shop. Could some of the greatest food combinations come from this quiet time? Chocolate and peanut butter, maple syrup and bacon, Marshmallows and pumpkin or sweet potato(I actually do not get this combo, but Americans seem to like it). 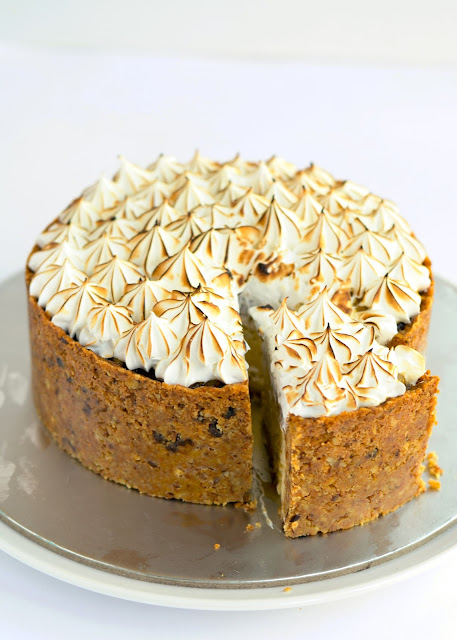 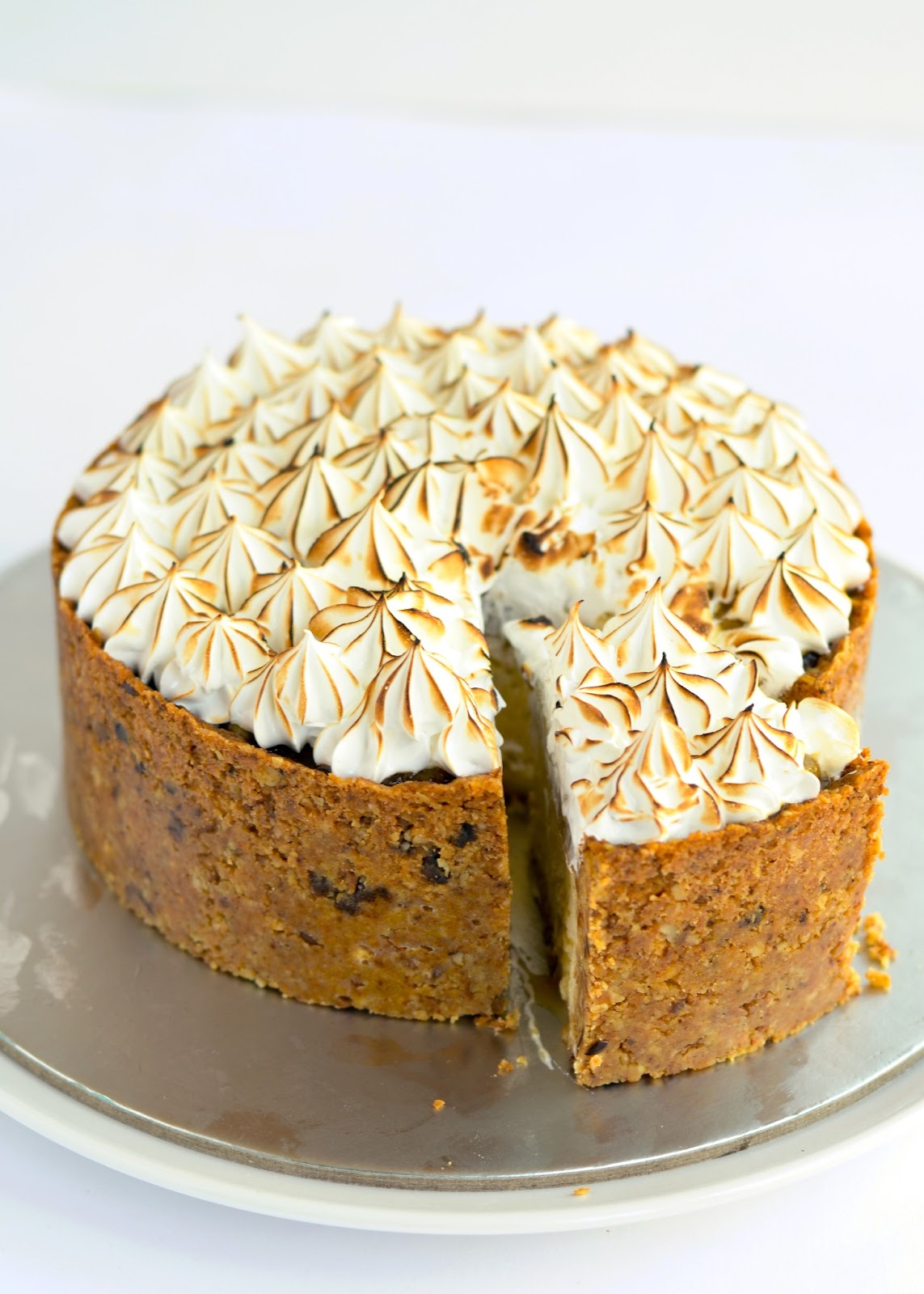 Bananas and toffee are two of my favourite things to cook with. Toffee can have mellow bitterness to sweet buttery tones depending on what type of sugar used in the process and the many phases of banana life cycle. You can see that both of these ingredients can be used widely. 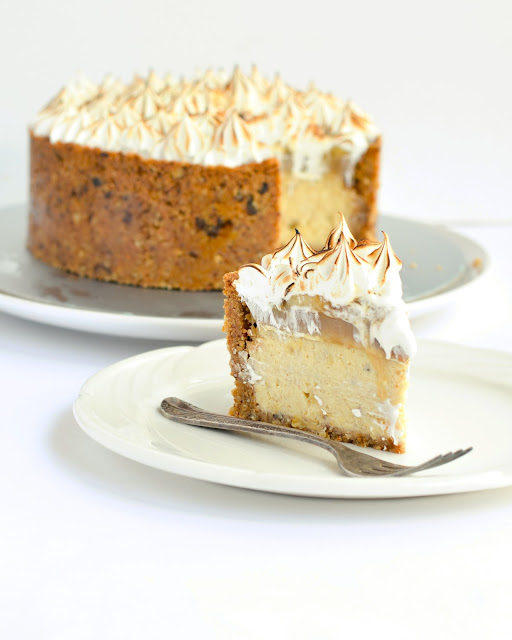 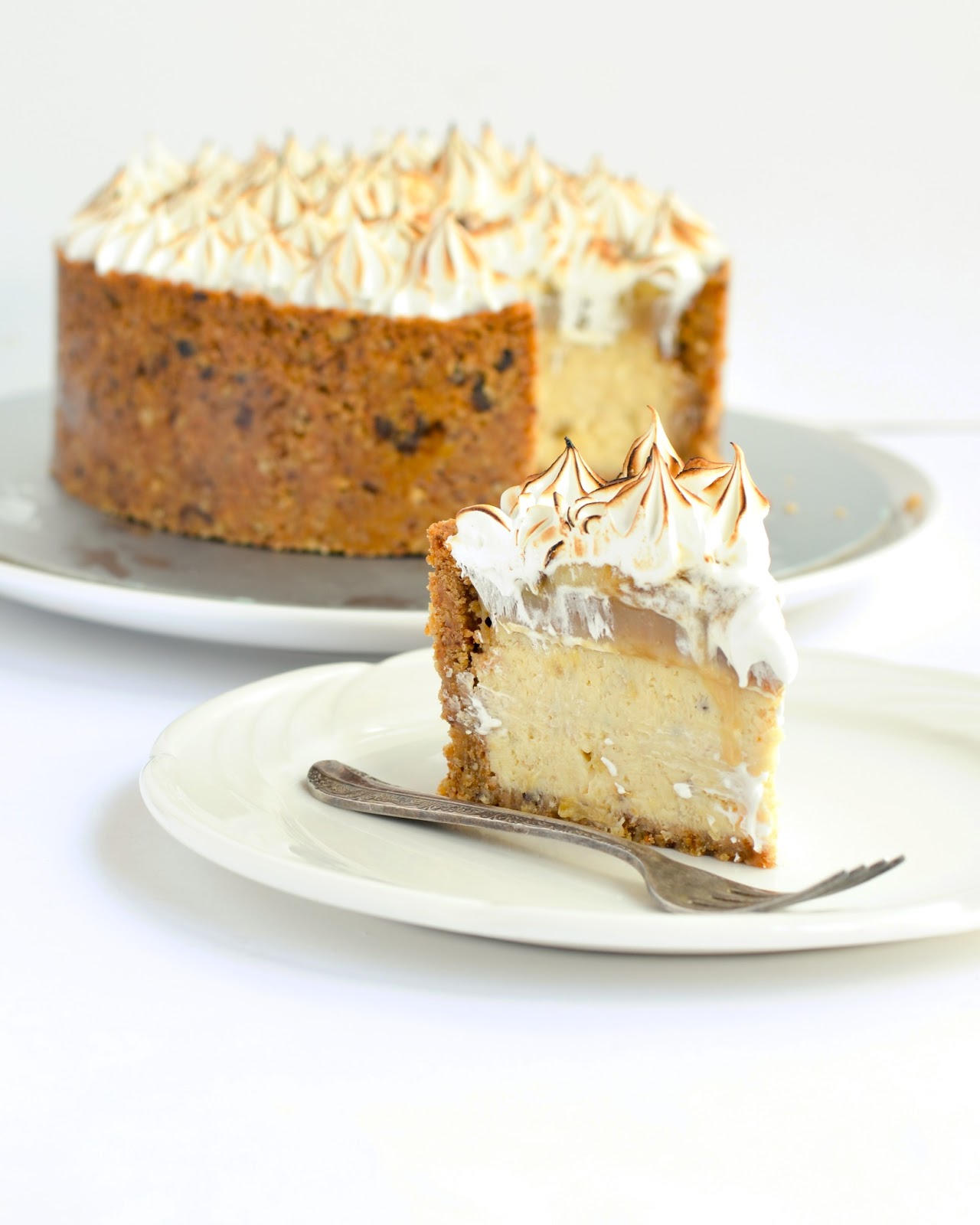 Banoffee is the wonder child of these two flavours and is classically shown in the Banoffee pie. A graham cracker crust filled with sweet chewy toffee and topped with caramelised bananas and cream. My Bother’s in law birthday has just past and as a gift to him ( his favourite flavour), I created a twist on this classic. Cheesecake is one of the top desserts around here, so many of my family members love it. I think the sourness of cream cheese to offset the sweetness makes it a great dessert. 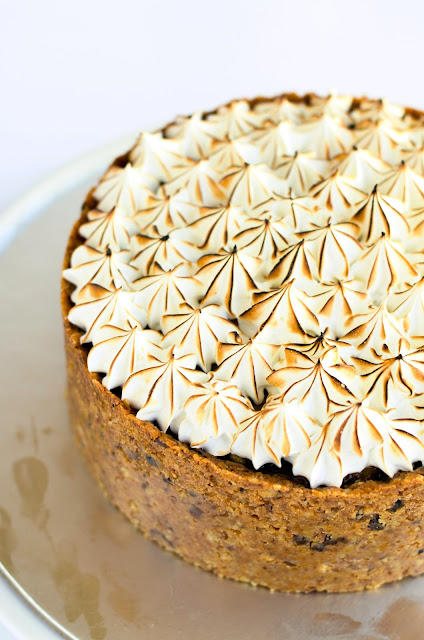 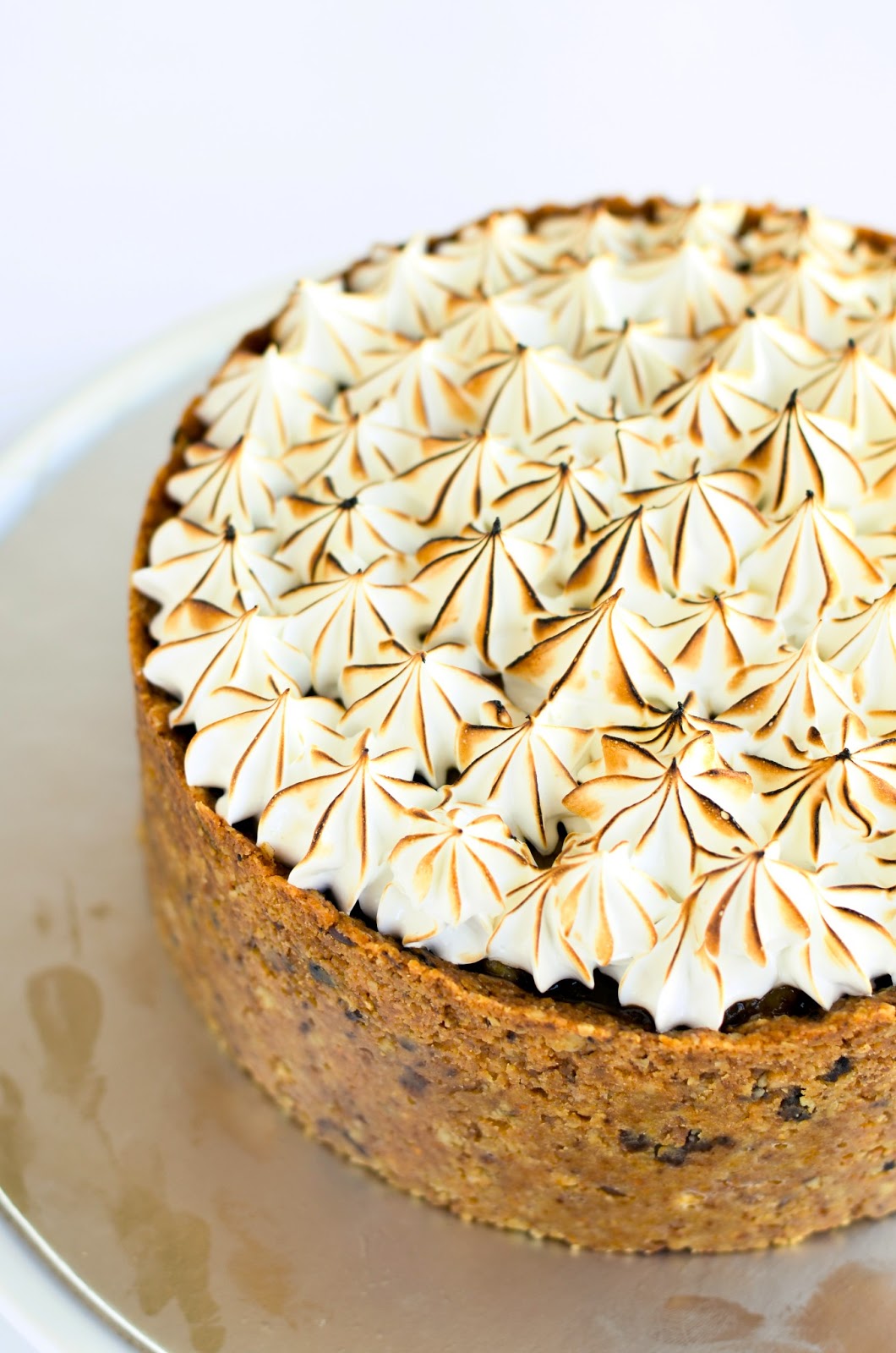 I love the easy chilled cheesecake but nothing compares to the aroma of the baked cheesecake. High sided is the way to go as the smoothness of the cheese custard against a crisp base and side provides the perfect ratio. 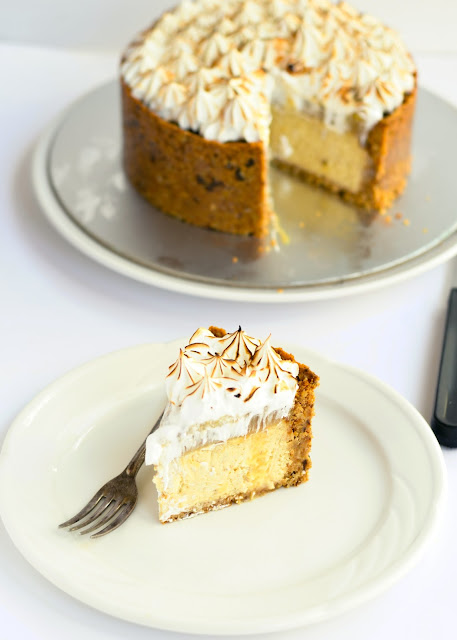 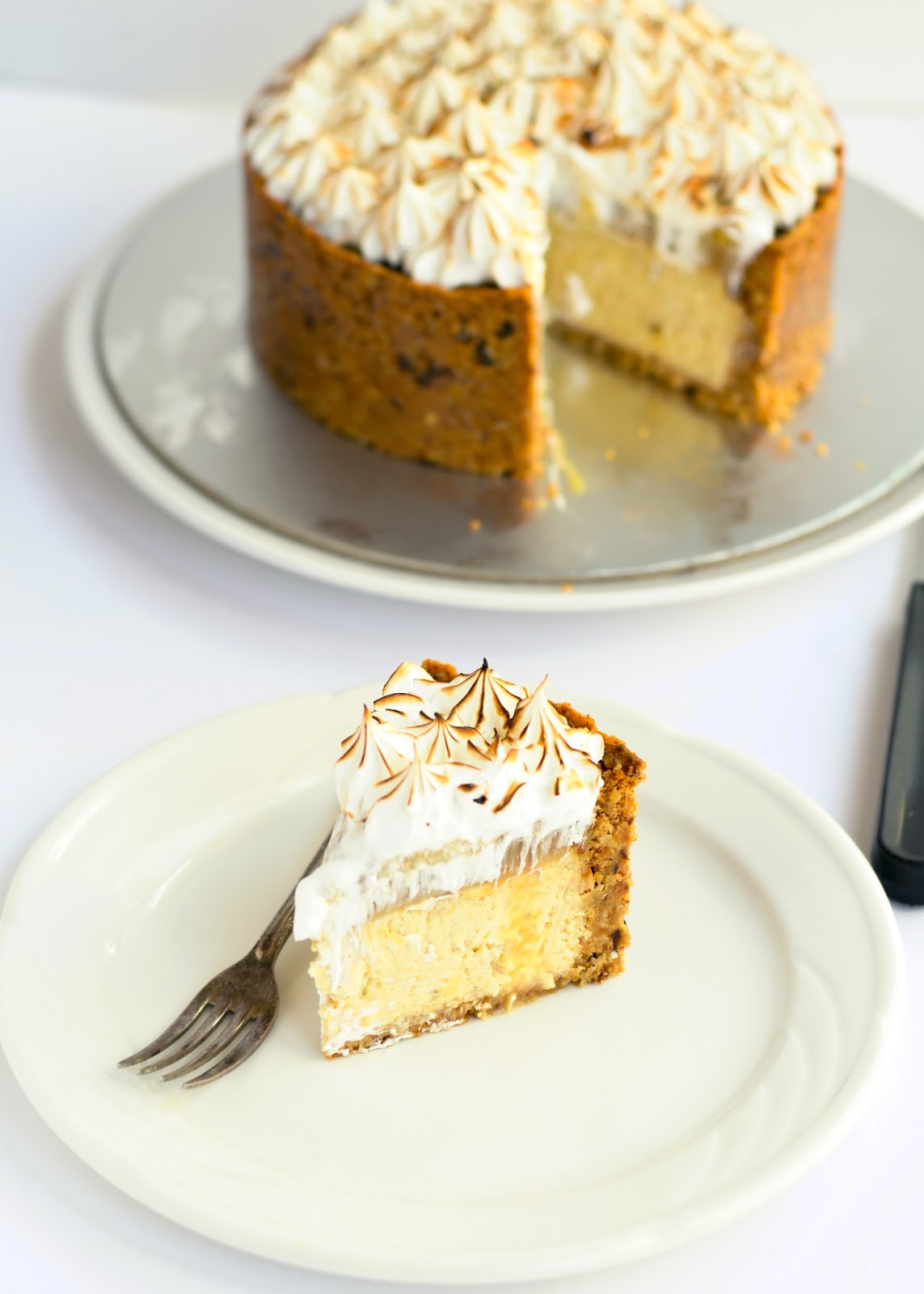 Pie and cheesecake join forces in this banoffee cheesecake! Banana cheesecake is the base to a layer of soft toffee and caramelised brown sugar bananas, topped off with toasted Italian meringue. Looks the pie doesn’t it?

Serve it with ice cream, eat it straight from the fridge; who cares! It will still taste fantastic. 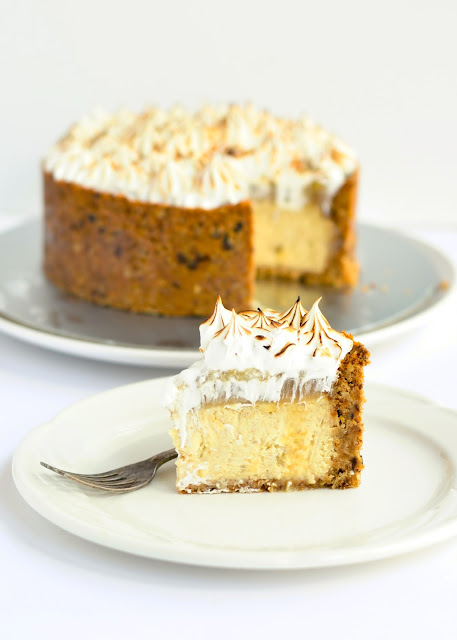 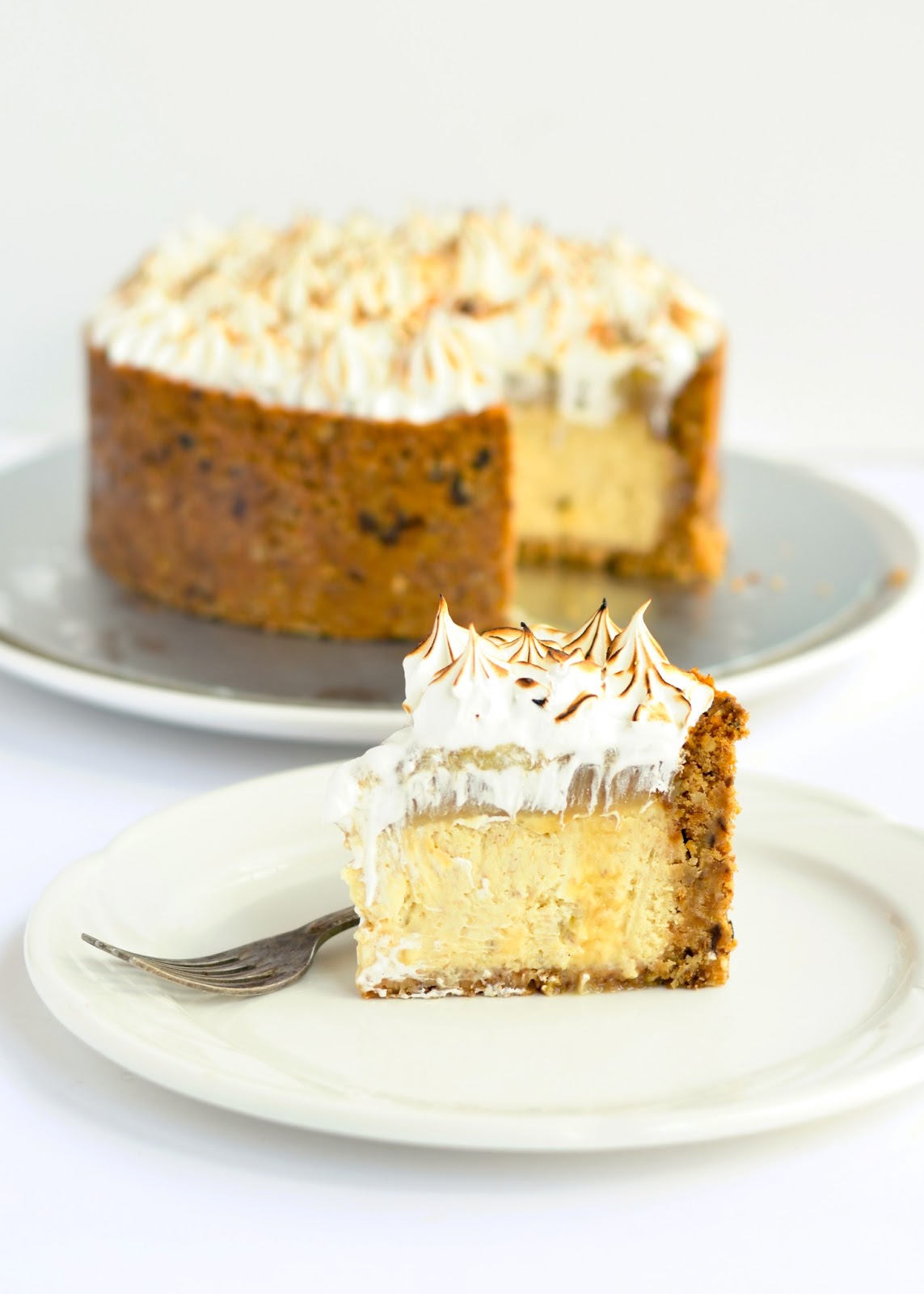 Serves 10 but my family only eat small slices.

Adapted from Nigella Lawson Kitchen: Recipes from the heart and home.

Pre heat oven to 160c. Line a 18Cm spring form tin, first wrap the base foil, then cling film then a double layer of foil. This should come up the sides of tin.

Process the crackers and butter in a food processor until it looks like damp soil.

Tip the crumbs in the tin. Using a glass push the topping on the base and along the sides. chill for 30 minutes.

Add cream cheese and blend till smooth. Add sugar and blend again until combined. With the motor running add one egg yolk and egg at a time. Lastly add the banana and lemon zest. You may need to scrap down the sides of the bowl in order to get a fully combined mixture.

IN large pan place your prepared tin. Fill with boiling water until half way up the tin.

After 10 minutes remove from water bath but leave in the oven. This prevents the big crack from happening.

Once cold, move to the fridge and leave to set over night.

Prepare the topping, combine all syrup and sugar in a saucepan. Heat over low heat until it turns a darker brown. Remove from heat. Add cream in a stream whisking as you go. After add cubes of butter. Cool and cover in to the fridge until use.

Cut the banana on an extreme angle. Place in skillet with sugar and a tsp of water.

On high heat melt the bananas and sugar together until it turns golden brown with a thick syrup.

Heat water and sugar in sauce pan until it reaches 118 degrees Celsius on a thermometer.

One syrup reaches 121C, remove from heat and sit for 30 a seconds.

In a thin stream pour the sugar into the running mixer on medium speed. After all the sugar is added, turn to high and beat until the bowl is at room temperature. It should thicken up a lot on beat and cooling.

Pour toffee on the cheese cake. Fridge for 30 minutes.

Place cooled bananas on the top. Fridge for 1 hour.

Pipe or mould your egg whites on the top. Blow touch on serving. 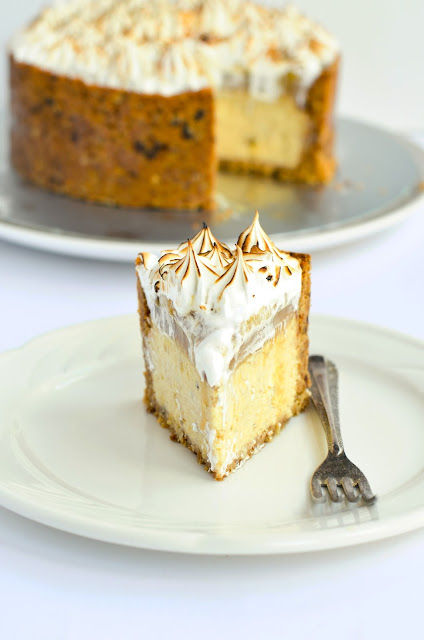 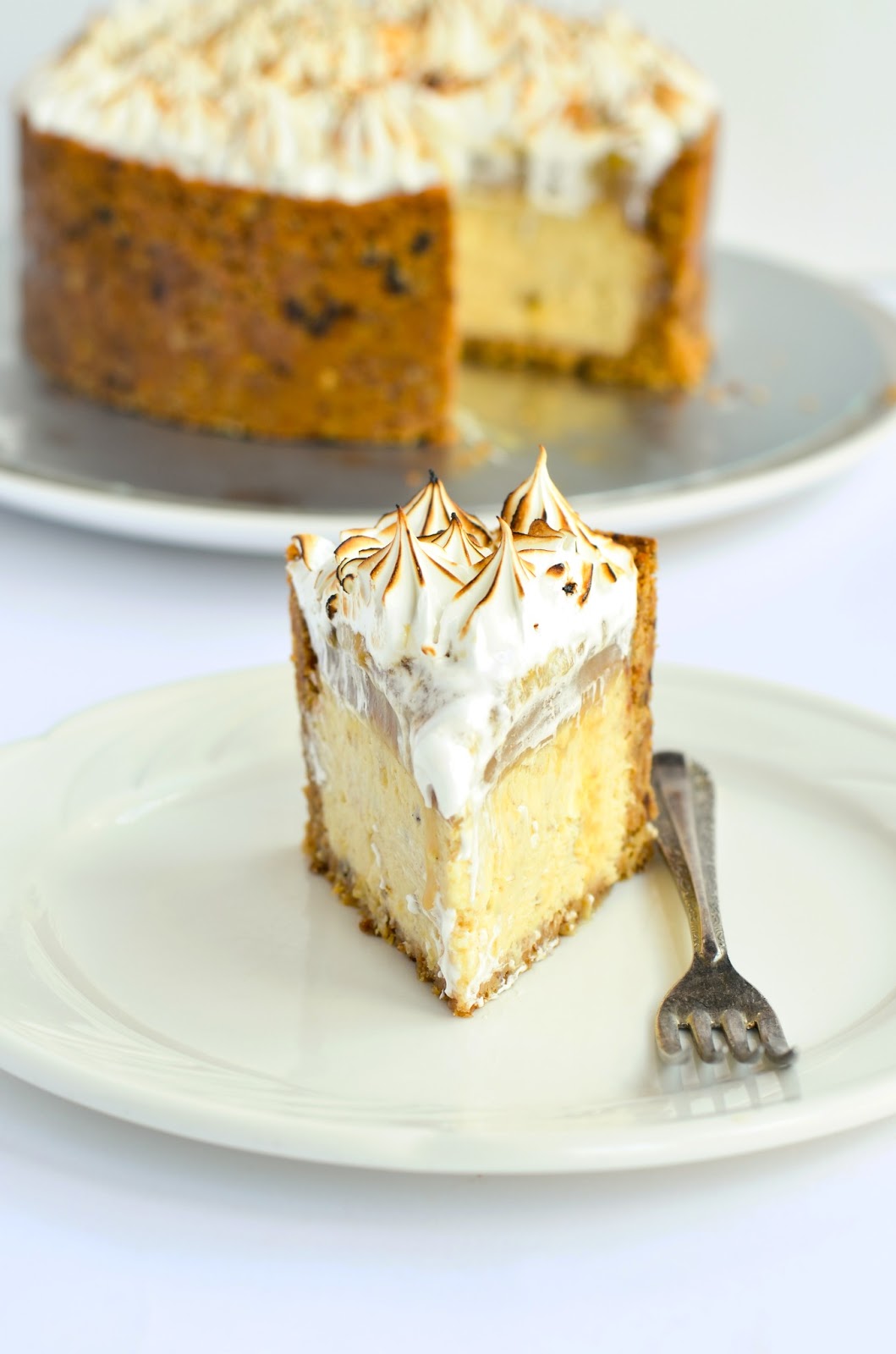 Words I would of said /-/ Toasty Marshmallow Honey Panna Cotta

'The time of day/-/ Banoffee deep dish cheesecake' have 11 comments