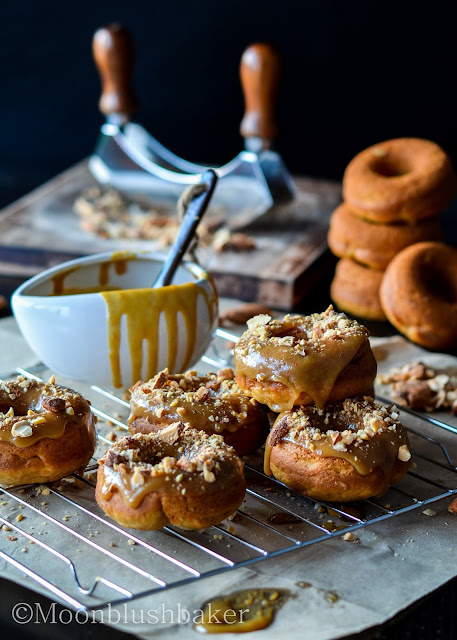 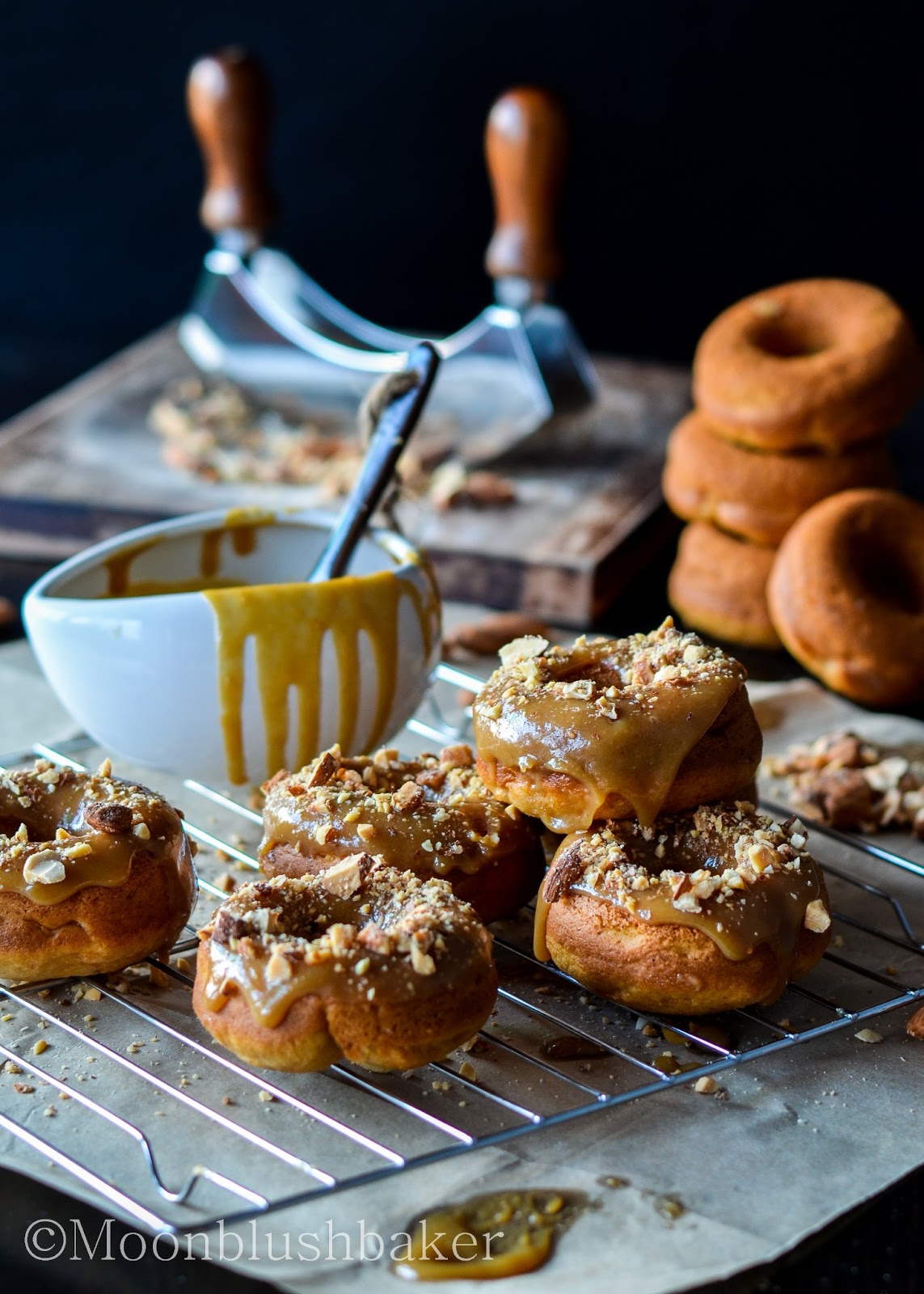 If you know me, I think all food is super. Even the food we all think of as junk food is super in my mind. While they not be most nutritionally dense food stuffs on the plant they provide benefits that a bowl of oatmeal cannot deliver (Unless that bowl of oatmeal has equal amounts of butter and sugar in it). 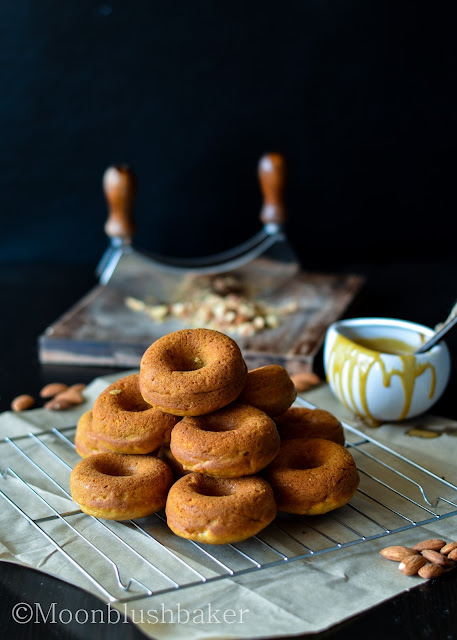 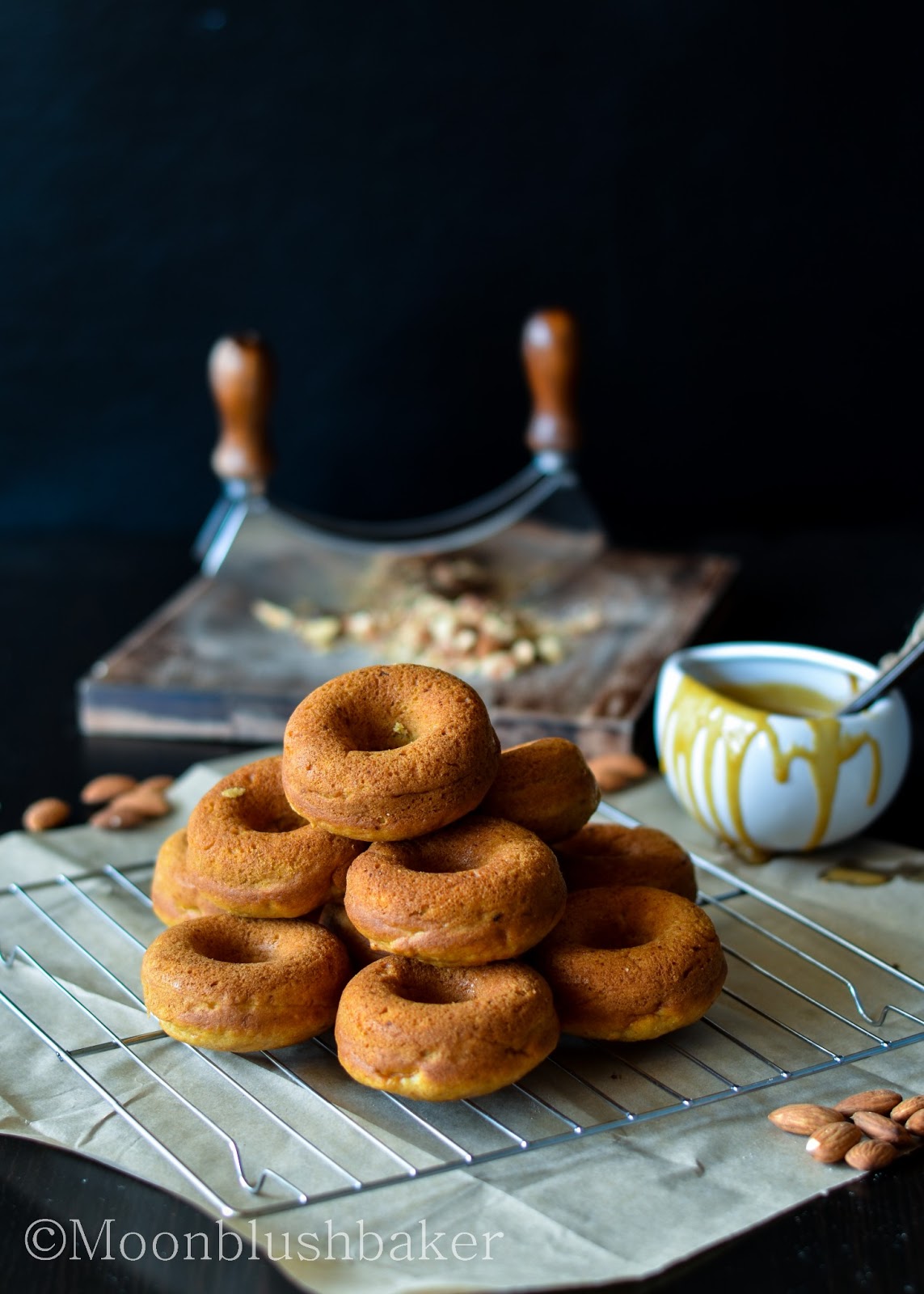 This term ‘Superfoods’ is over used and has too many meanings. In the beginning when the medical professions used it loosely as term to describe multiple health benefits which are not normal that macro nutrient (eg. Carbohydrates, protein, fat). However I feel it is being over used, to describe anything in order to sell it. Any new discovery of ancient type of grain, fruit or vegetable, tag it with super foods and it causes a surge of health nuts running out to go buy tons of the stuff. We all know how the Quinoa has been affected by this sudden surge in popularity, we almost had a “Quinoa crisis” from the over consumption of it. 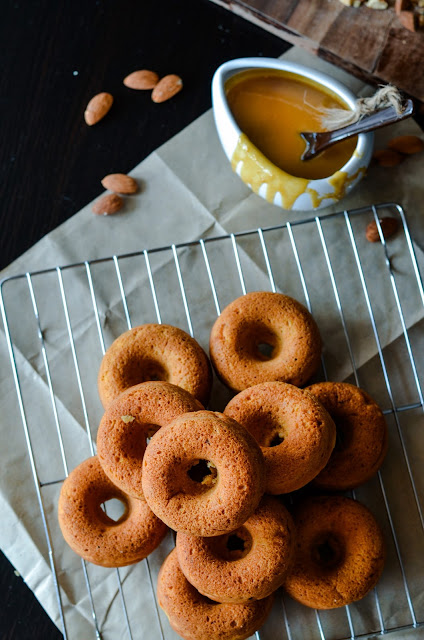 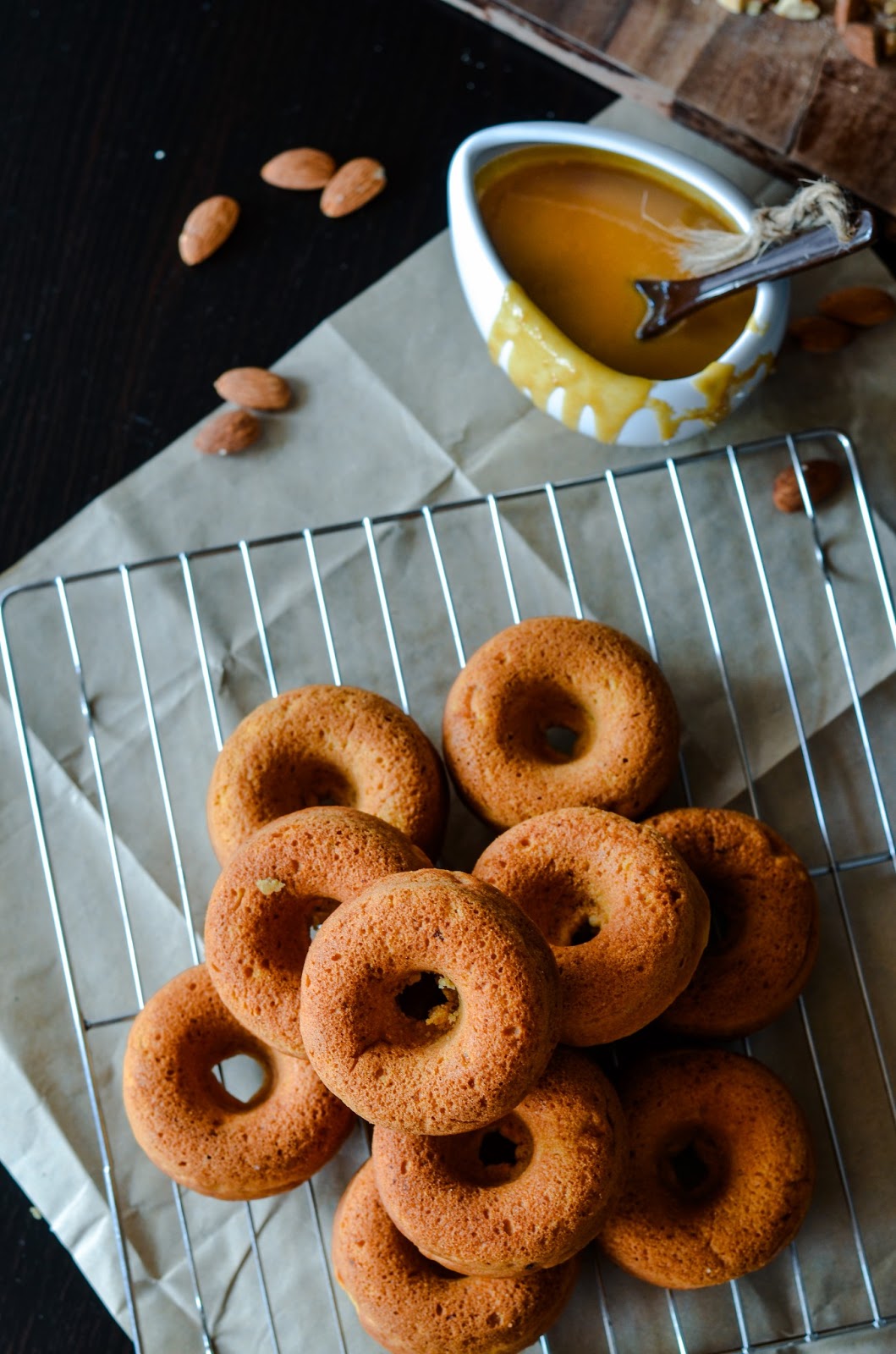 Also who has notice the connection between the price and label super foods? Marketing at its best. 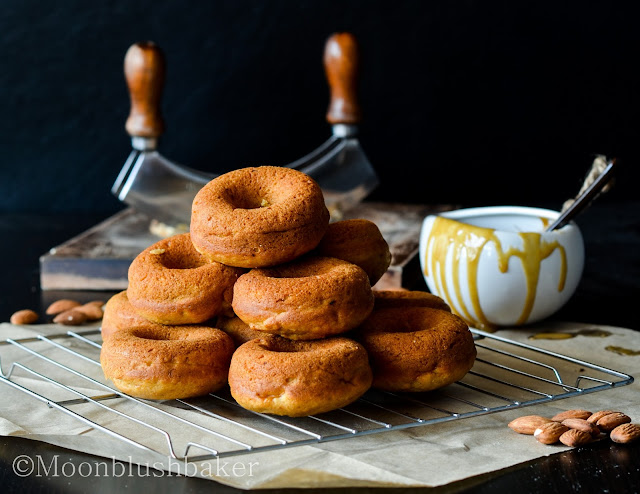 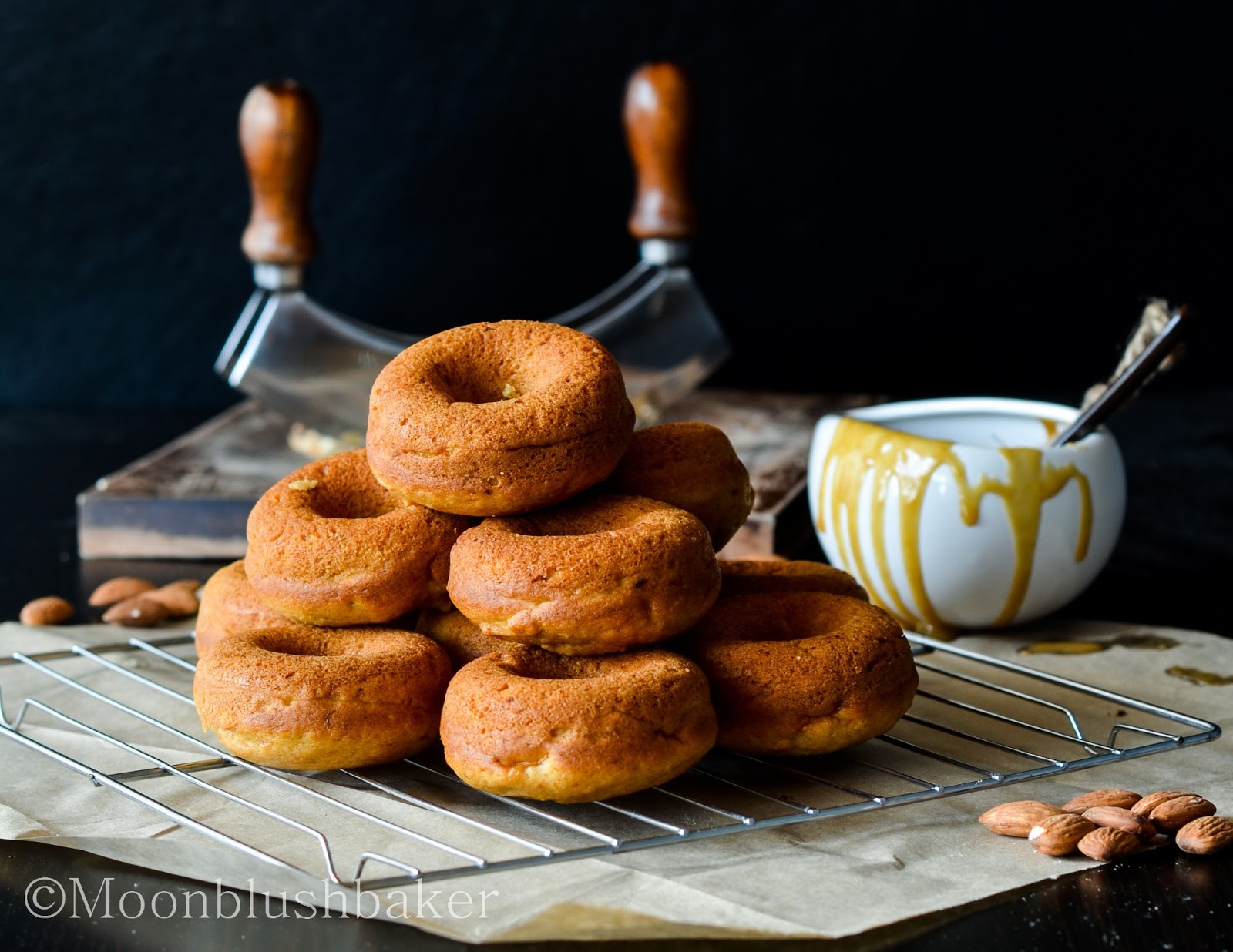 Nothing against using the term but most foods we describe as super foods are not really super foods, they are just nutrient dense. Who going to argue with you if you tag a new vegetable as a super food? Aren’t vegetables meant to be “super” for you anyway? Along with all the nuts, seeds, fruit and grain? The thing that makes them supper is that they are in most natural state. What is factor they share? Minimal processing equals super food. As long as you keep the food in the most natural state, I believe it is going to be good for you. 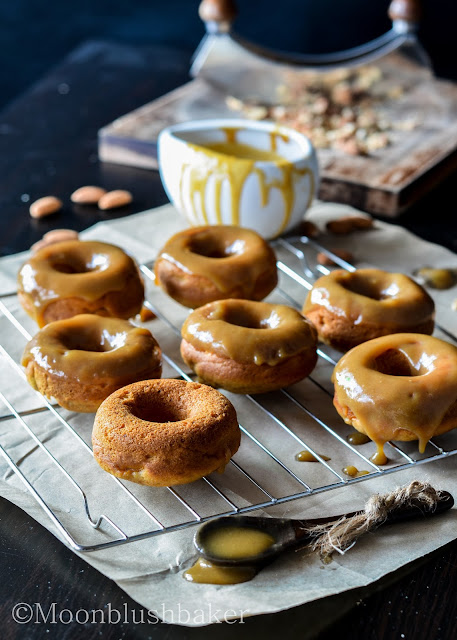 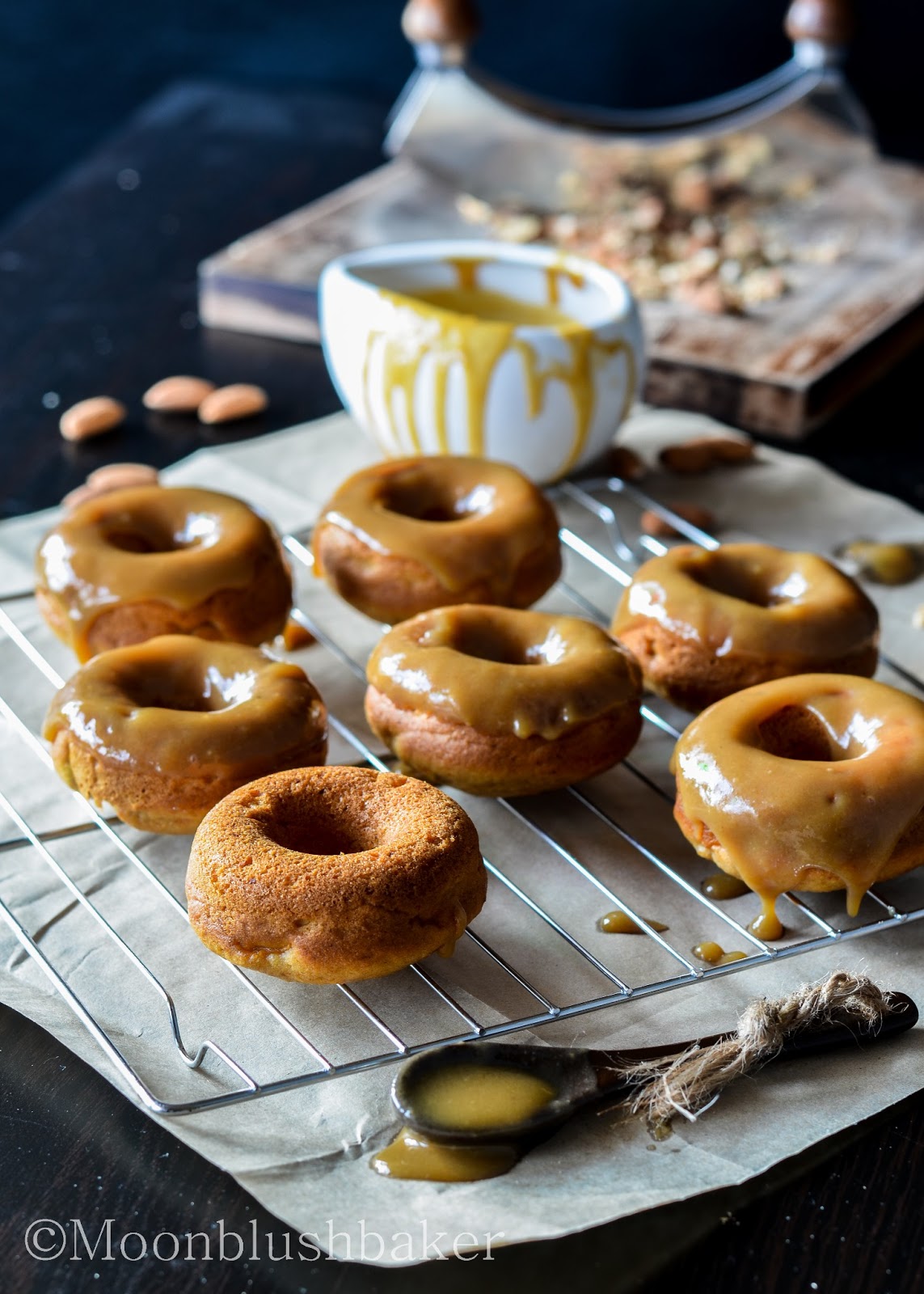 Every food should be super! Not everything is about physical health when it comes to food you know? A mixed ball of dried fruit is not going to cut it as brownie sometimes. 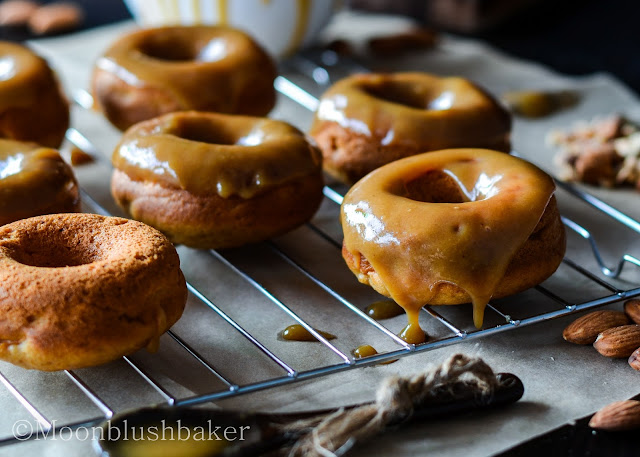 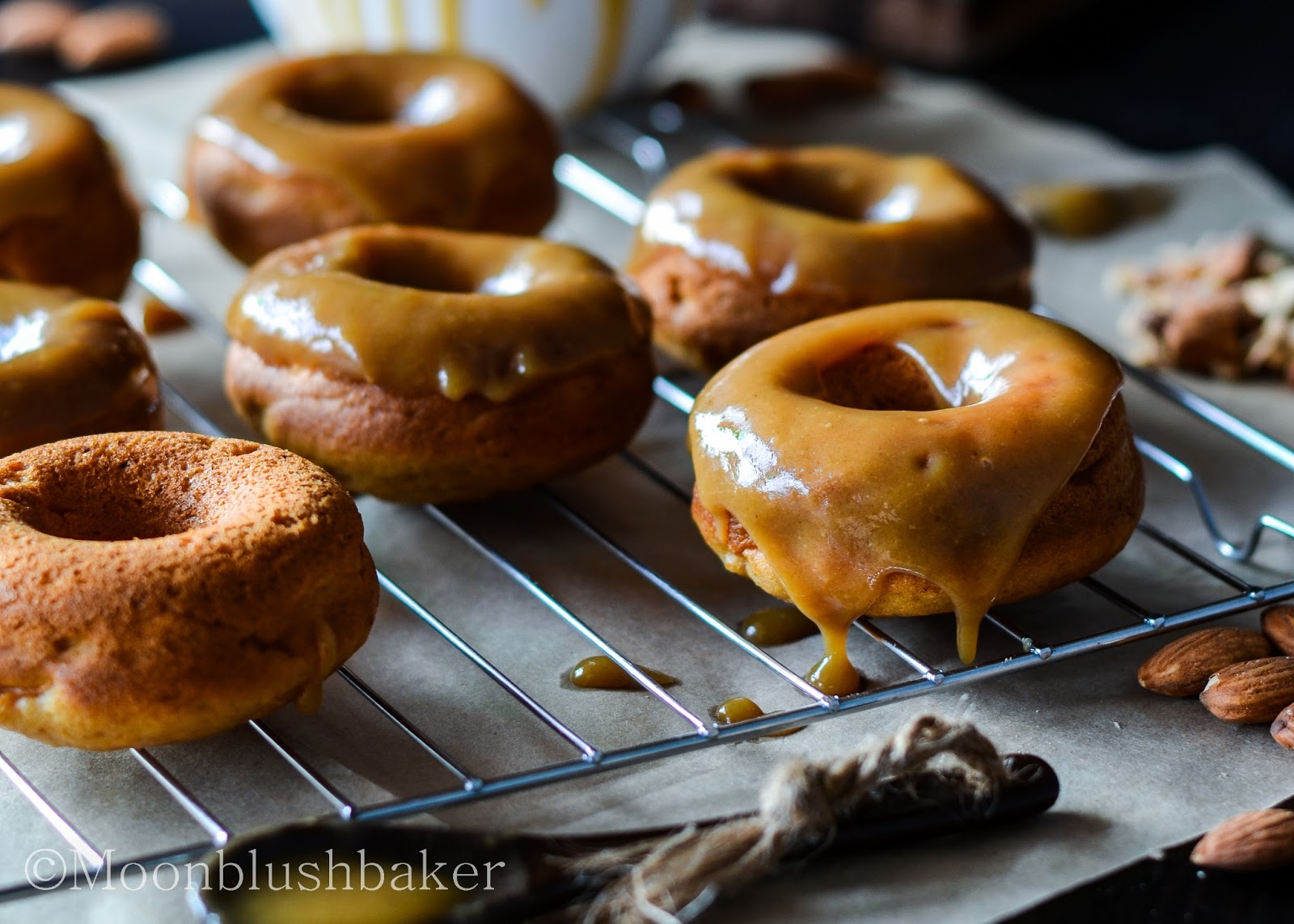 Now sweet potato is one of those foods that seem to cross the line between healthy and not so healthy. However the sweetness of roasted sweet potato is irresistible in these baked doughnuts. We all love doughnuts, I have done several recipe mocking doughnuts and using doughnuts like my doughnut bread pudding and Golden Spudnuts. 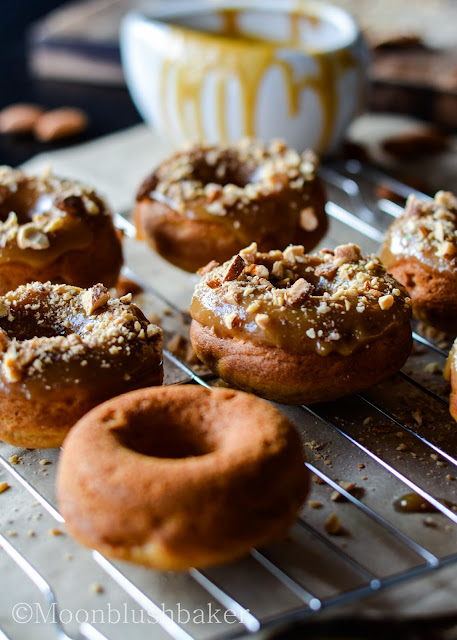 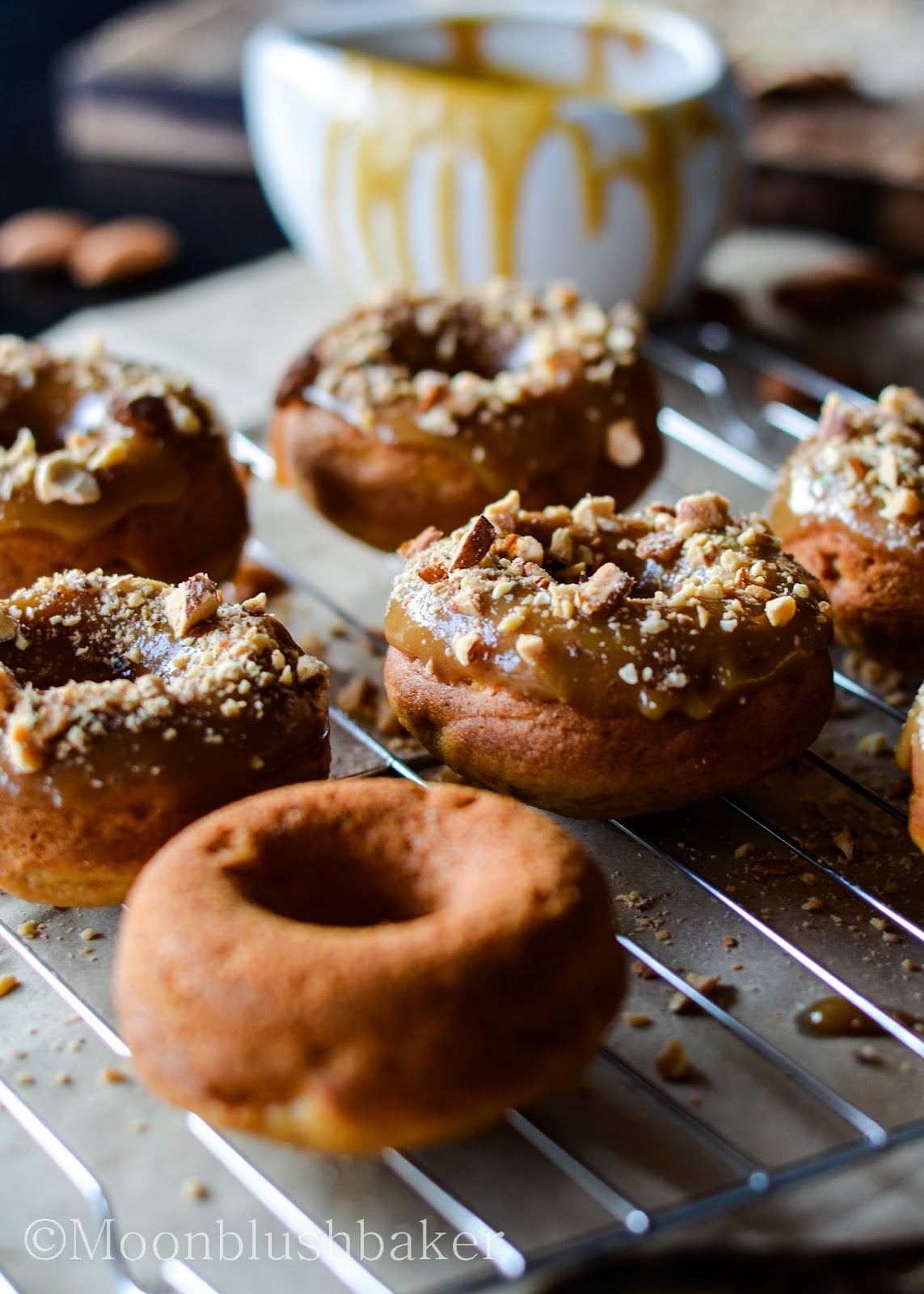 I love the use of whole wheat atta flour, it provides the nuttiness that matches the brown butter so well. The sugar glaze is a nice touch which is why the doughnuts have reduced amounted of sugar. I topped it with dry, smoked almonds because I love the crunchiness. You may add more spices if you wish but I have an addiction to cinnamon. 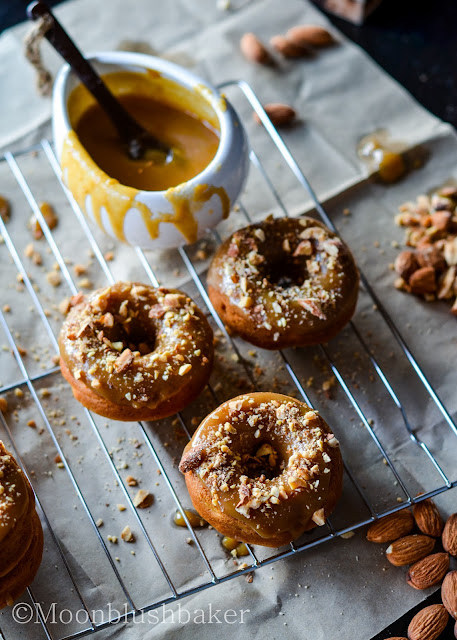 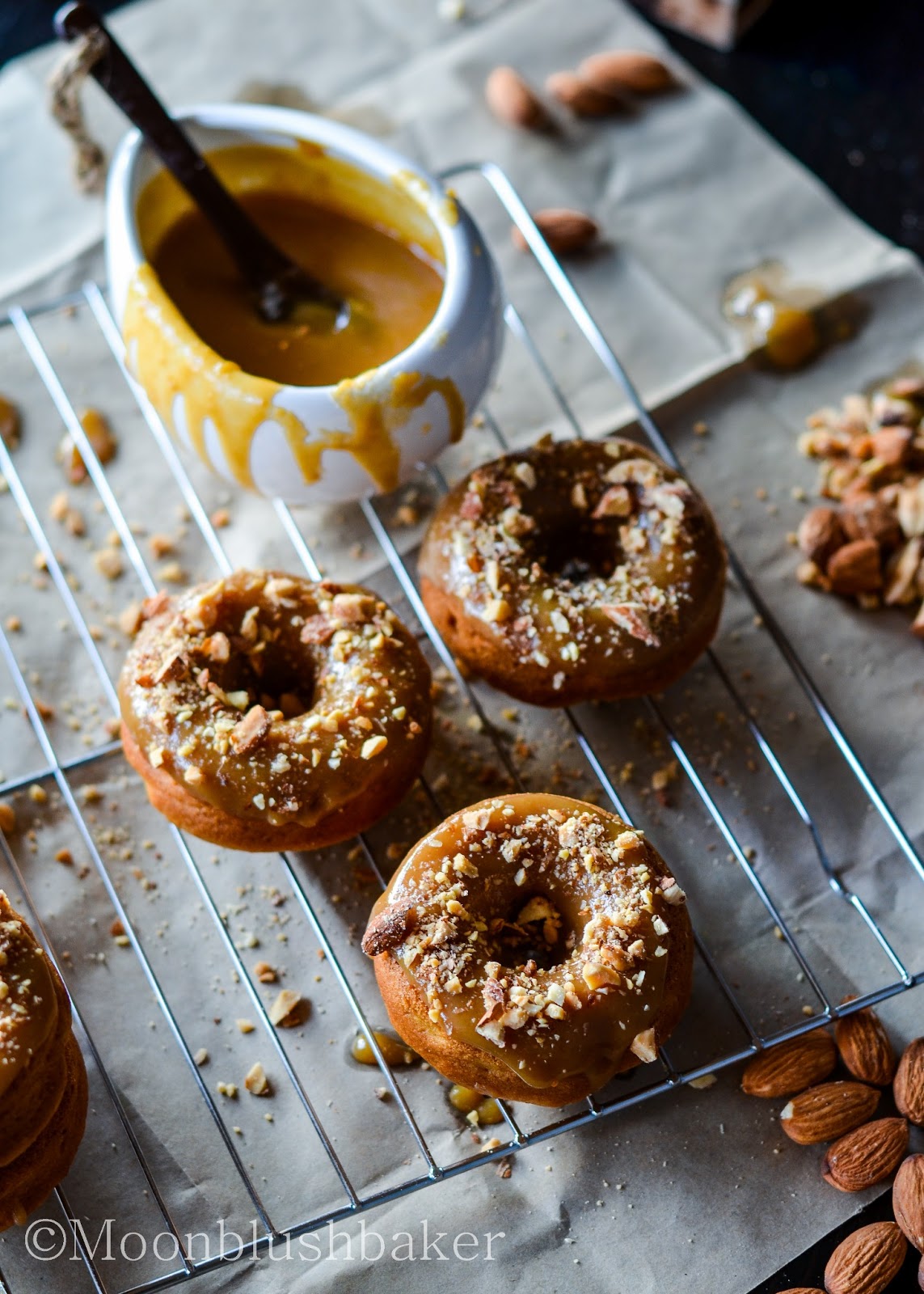 85g brown butter (In a small sauce pan melt butter on low, stiring occasionally, until it develops nutty aroma and turns a light brown. REMEMBER it will continue cooking after you take if off the heat. SO it will darken as it cools)

Add 1 teaspoon of lemon in milk. Let stand for 5 minutes.

In a large mixing bowl, whisk together the sweet potato, sugar, eggs, vanilla extract, and browned butter until combined

Alternate between milk and flours mix, mixing until combined.

Divide batter evenly between 13 doughnuts and bake for 20minutes, or until lightly browned and a toothpick inserted into the center comes out clean. Allow to cool for a few minutes before serving.

In small pan combine all ingredients until combined and dissolved.

Leave to cool for 5 minutes before using. 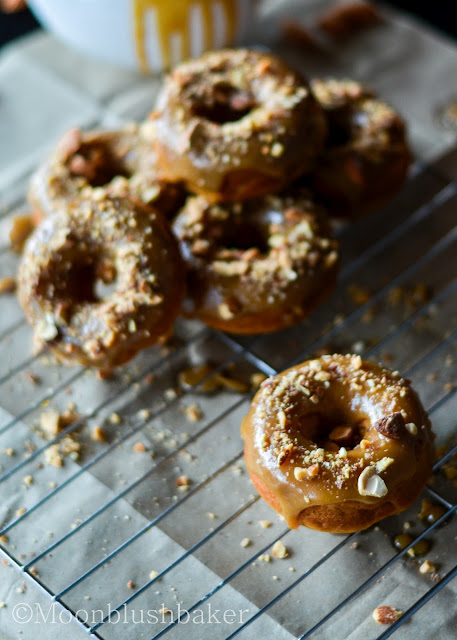 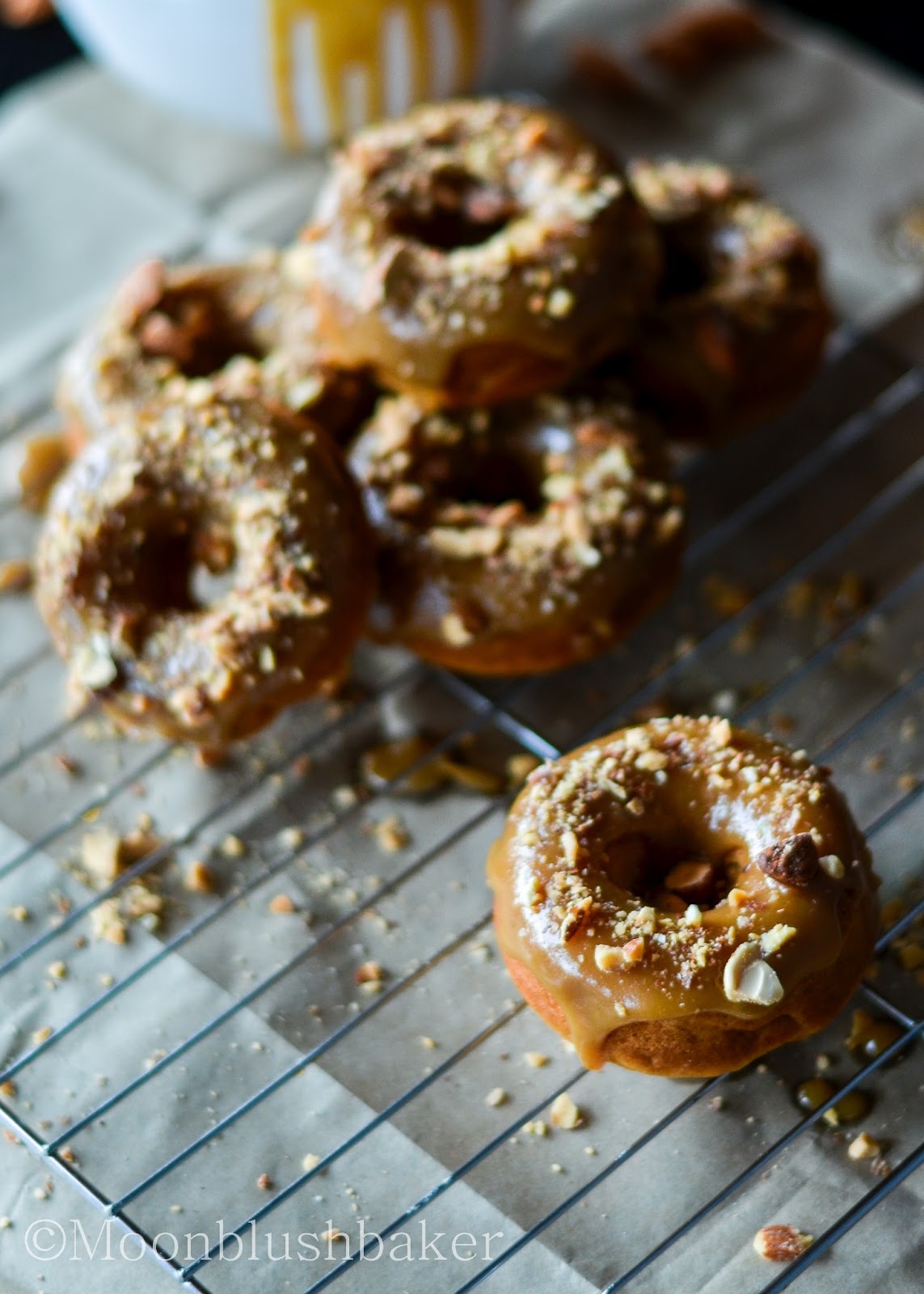