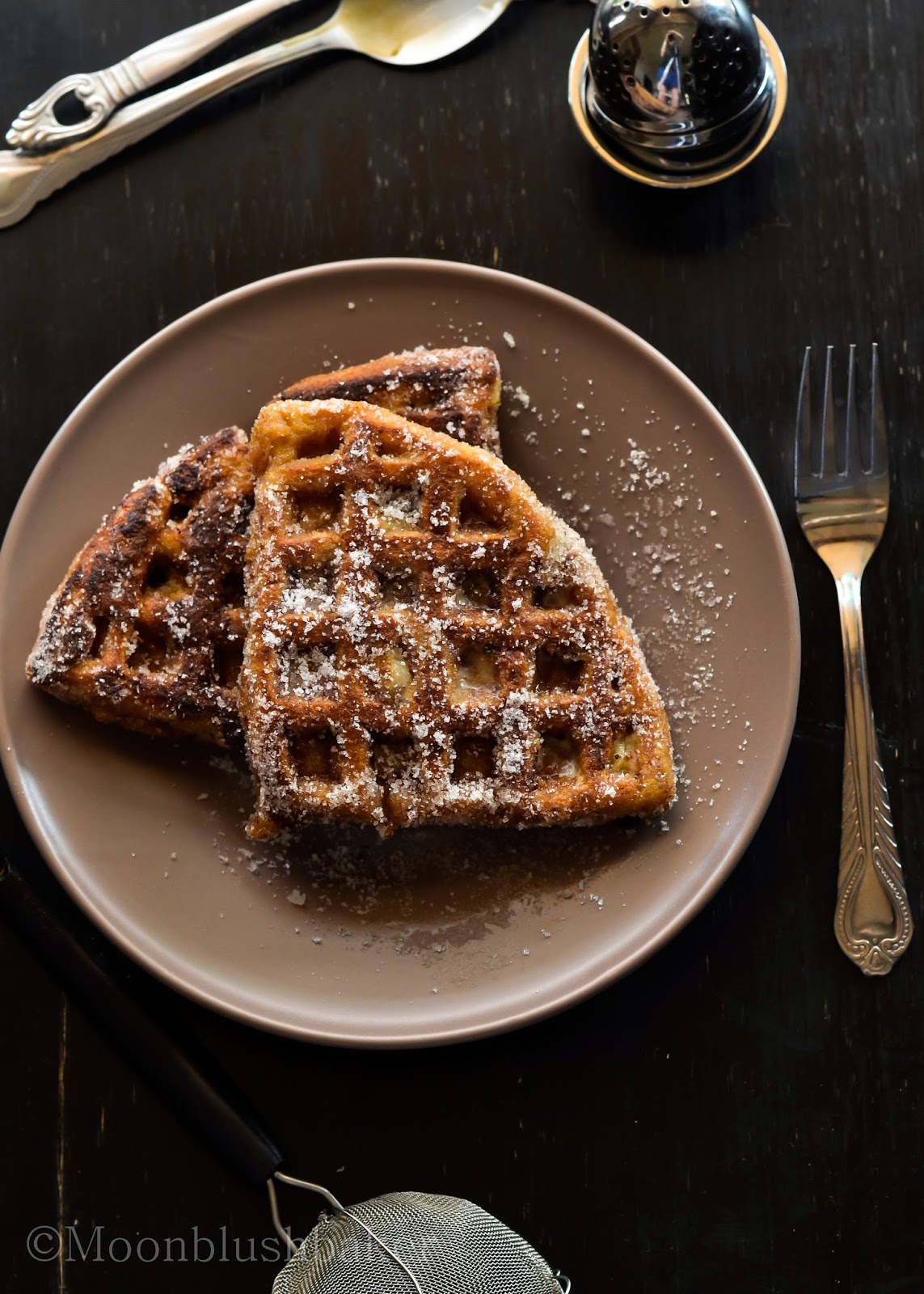 I have waited all week before I post this recipe! Sorry but it is necessary process if you going to do French toast right.

I do not often get to make things like this namely because I am not patient enough to wait for breakfast, so toast and cereals are instant hits for my ravenous state. However I think I deserved a treat. My life right now is filled with University finals and exams; so Forgive me if this post is unusually short for me. However!!! There are still a fair number of pictures, so I still care about you guys. 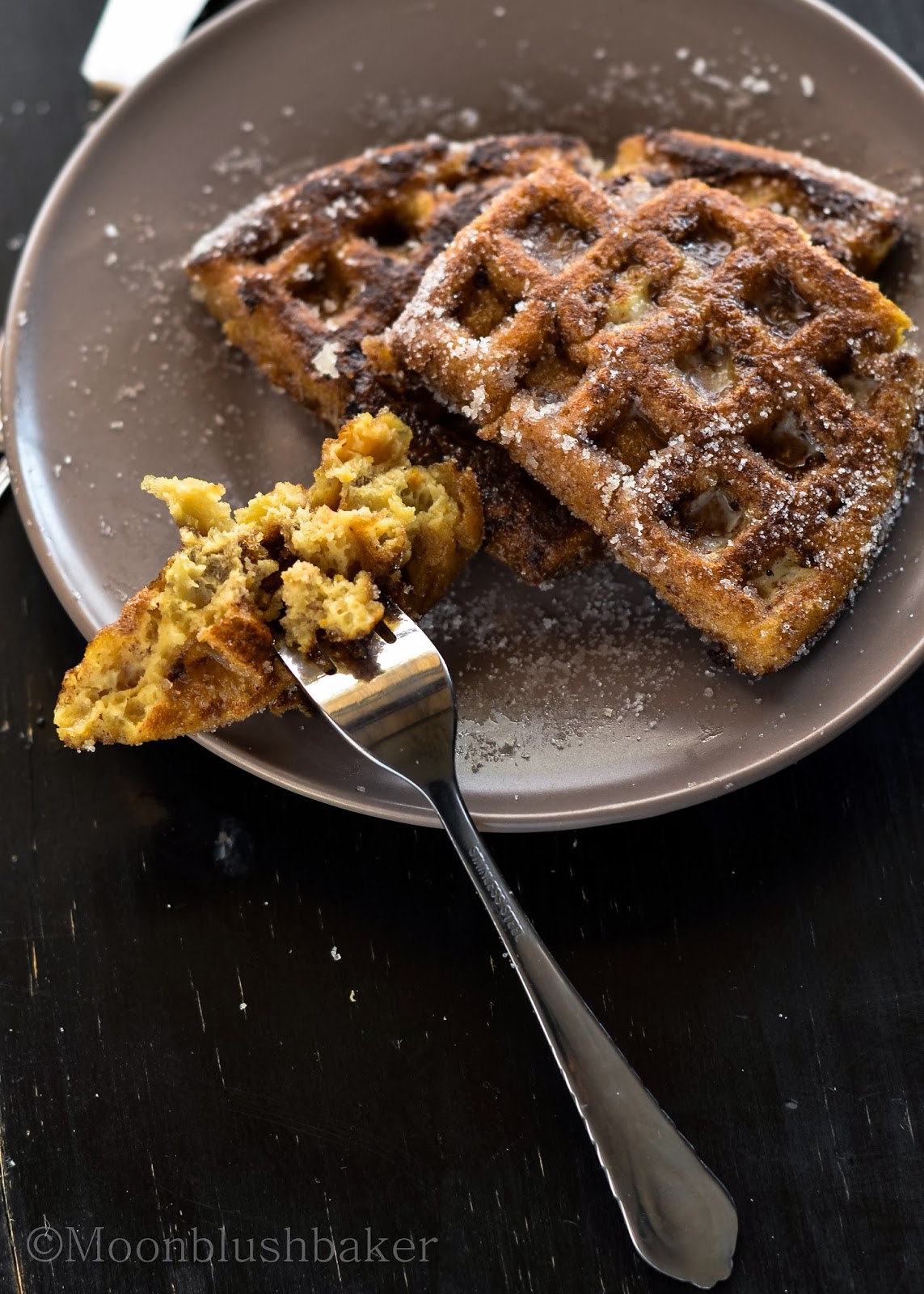 I am taking inspiration from two of the recipes I first ever learn how to cook; French toast and custard. Now you might think these two things are completely unrelated be sides the fact they are both delicious. However have you ever tried to soak you bread for French toast in a very thin custard? Seriously, cook your pre-soaking milk and egg mix because the texture is amazing. Add to this the yeasty, malted goodness of these brown butter waffles; and you have one of the greatest moments in breakfast dining. I know people seem to dislike the egg taste of French toast but cooking a custard it removes a lot of this after taste. 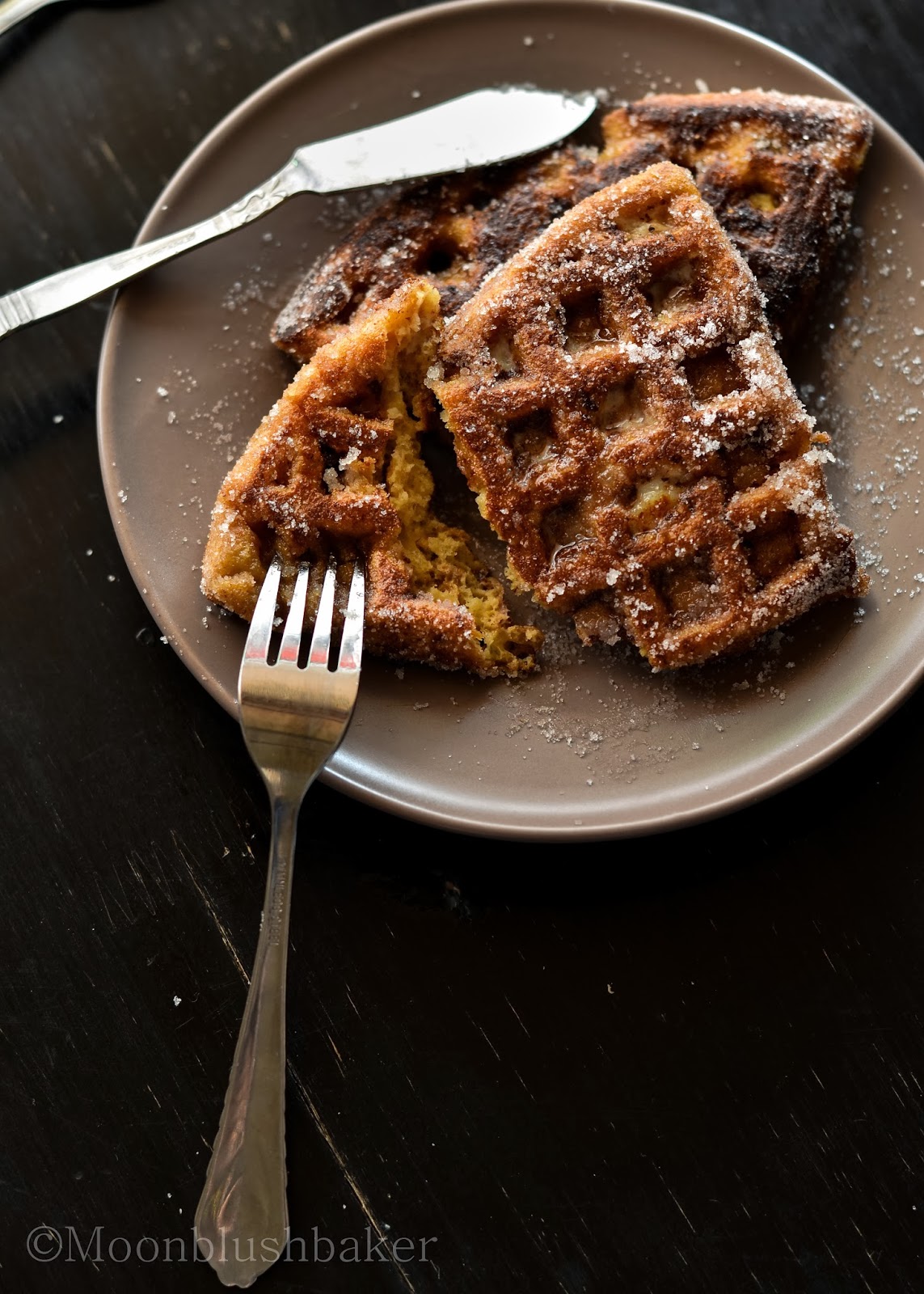 While I may not be in America, pumpkin seems to be very cheap at the stores down under. This French toast is coated in a thin pumpkin custard, mixed with cinnamon and fried in generous amount of butter (duh!). After this is the moment you can be as indulgent as you like. Nigella Lawson has a recipe for French toast which she calls her donut French toast, with a title like that how could I resist taking inspiration from it? She coats her toast afterwards in sugar instead of sweetening the batter mix. Once again she is true to her word, these really do taste like donuts! Sweet, fluffy and very crunchy.

So here we go 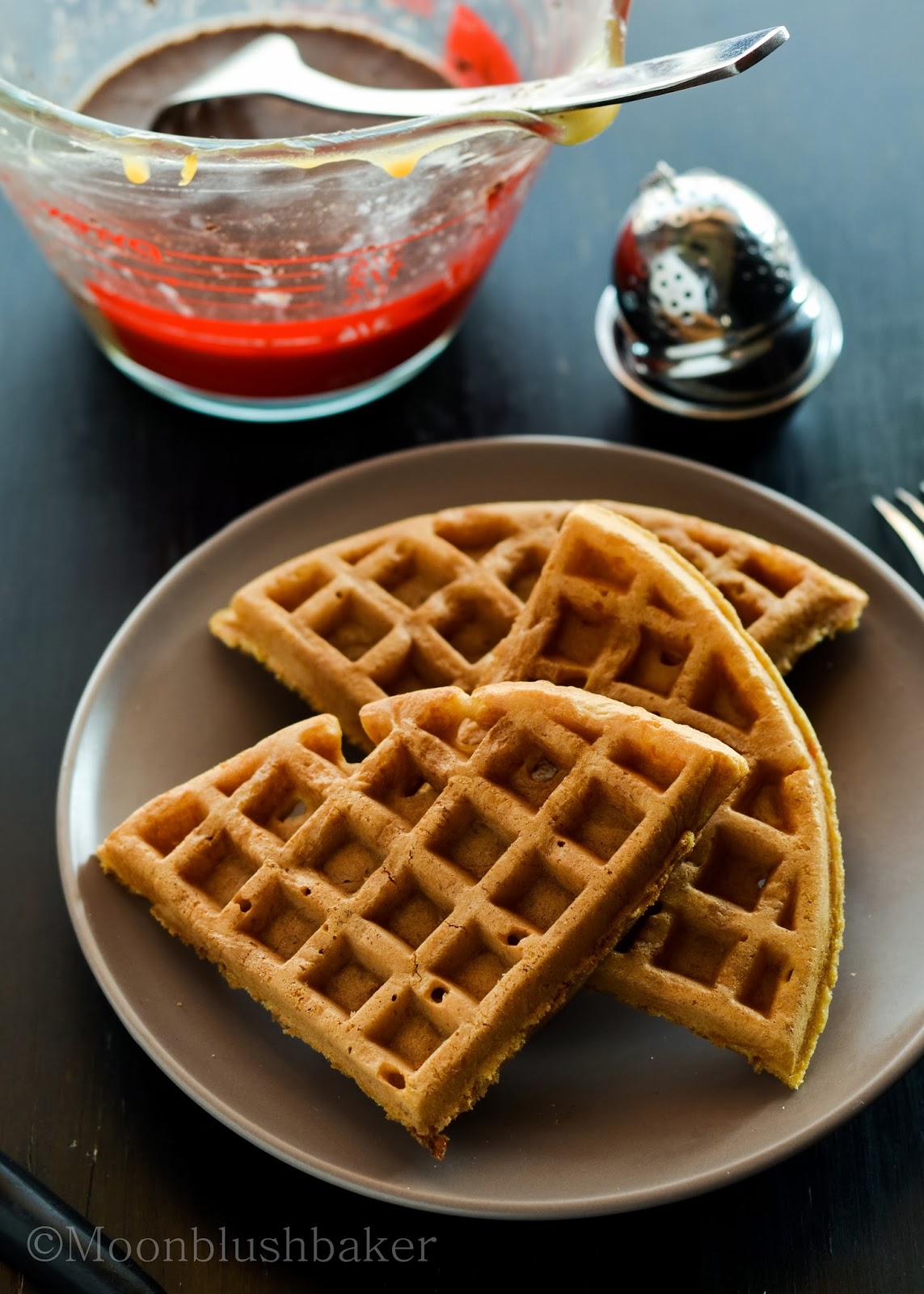 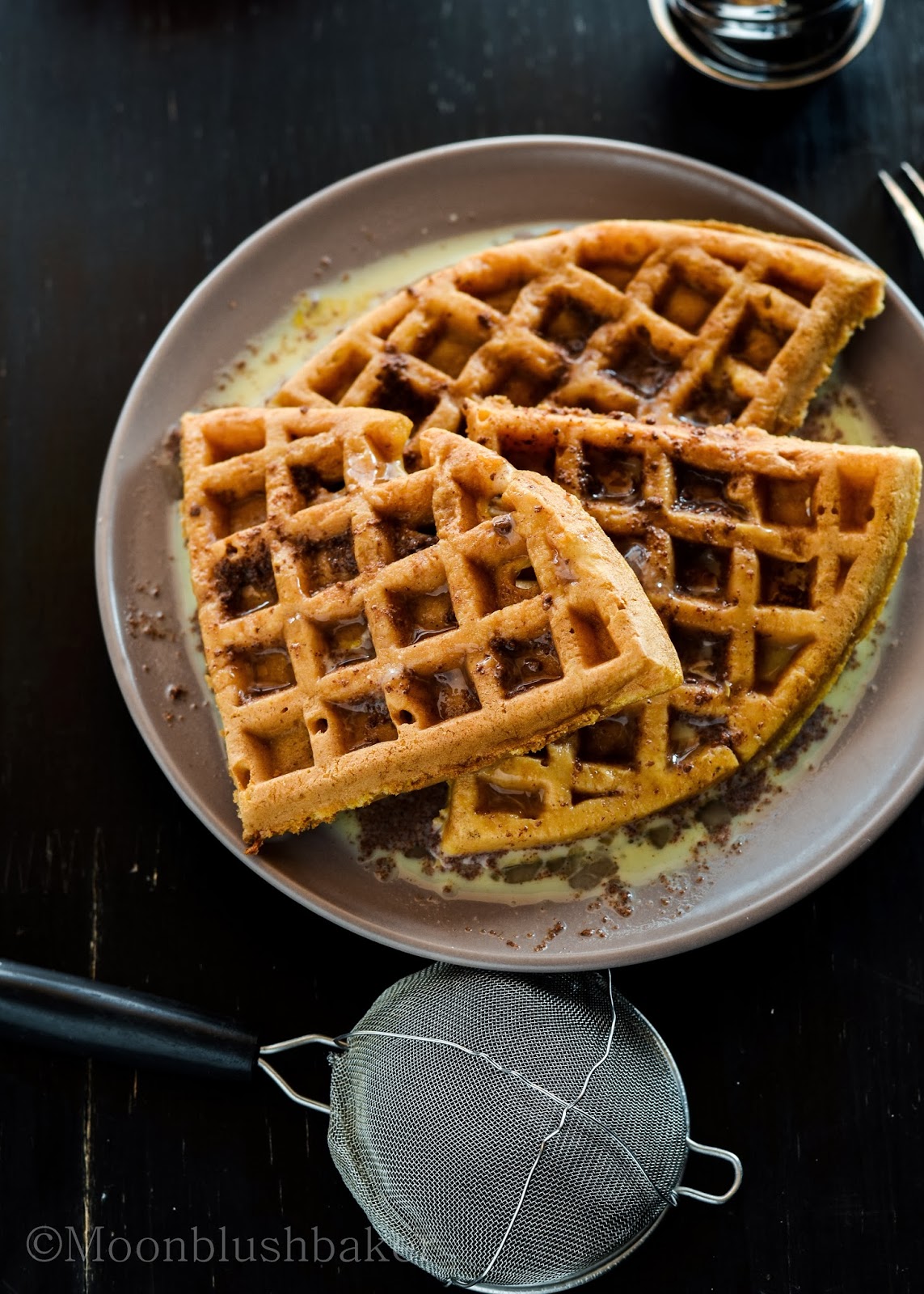 Then coat in the sugar 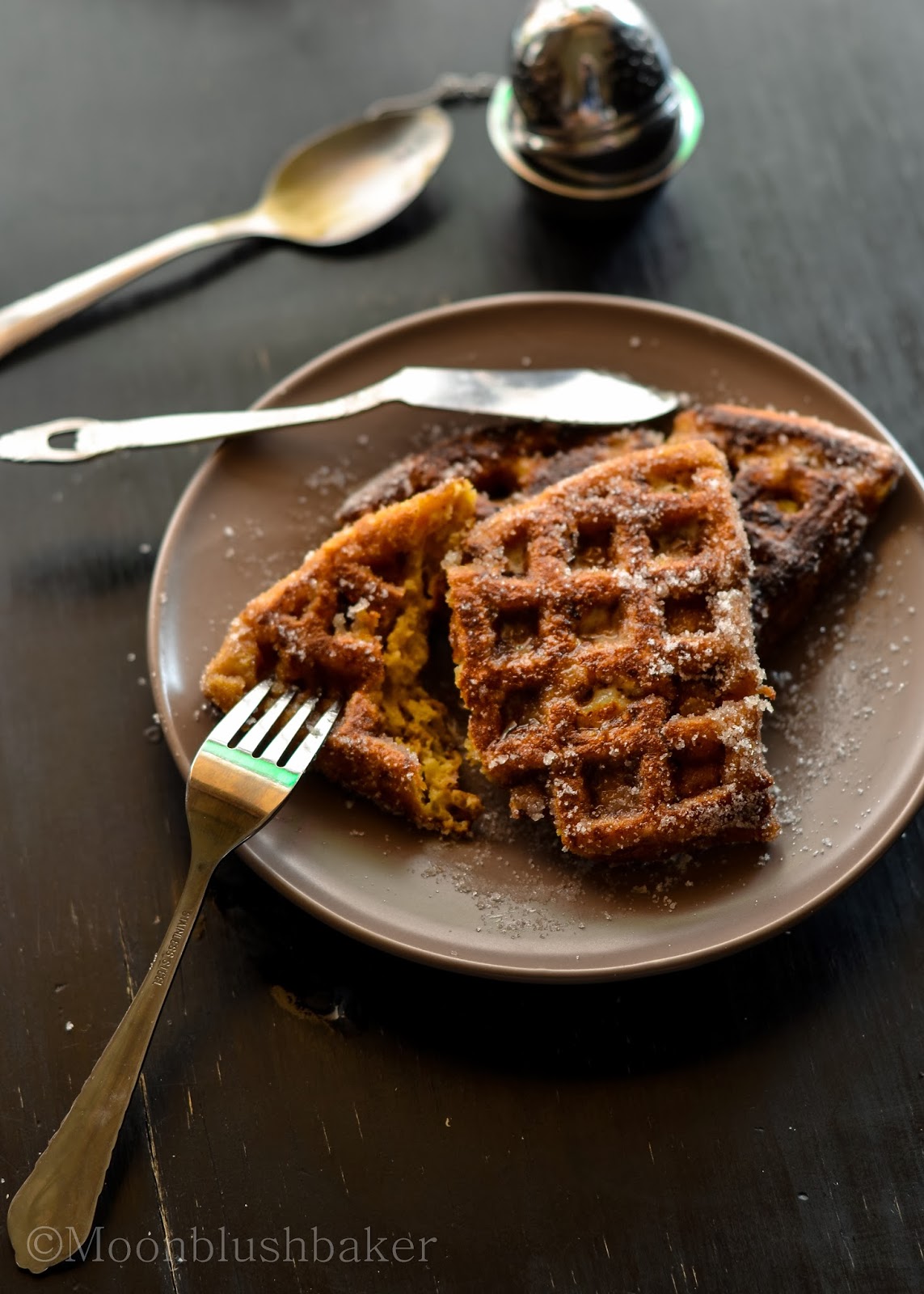 Me. sugar covered, sticky fingered and gloriously satisfied. This pumpkin donut French waffle may be the mutt in the recipe world but is well worth the divination. 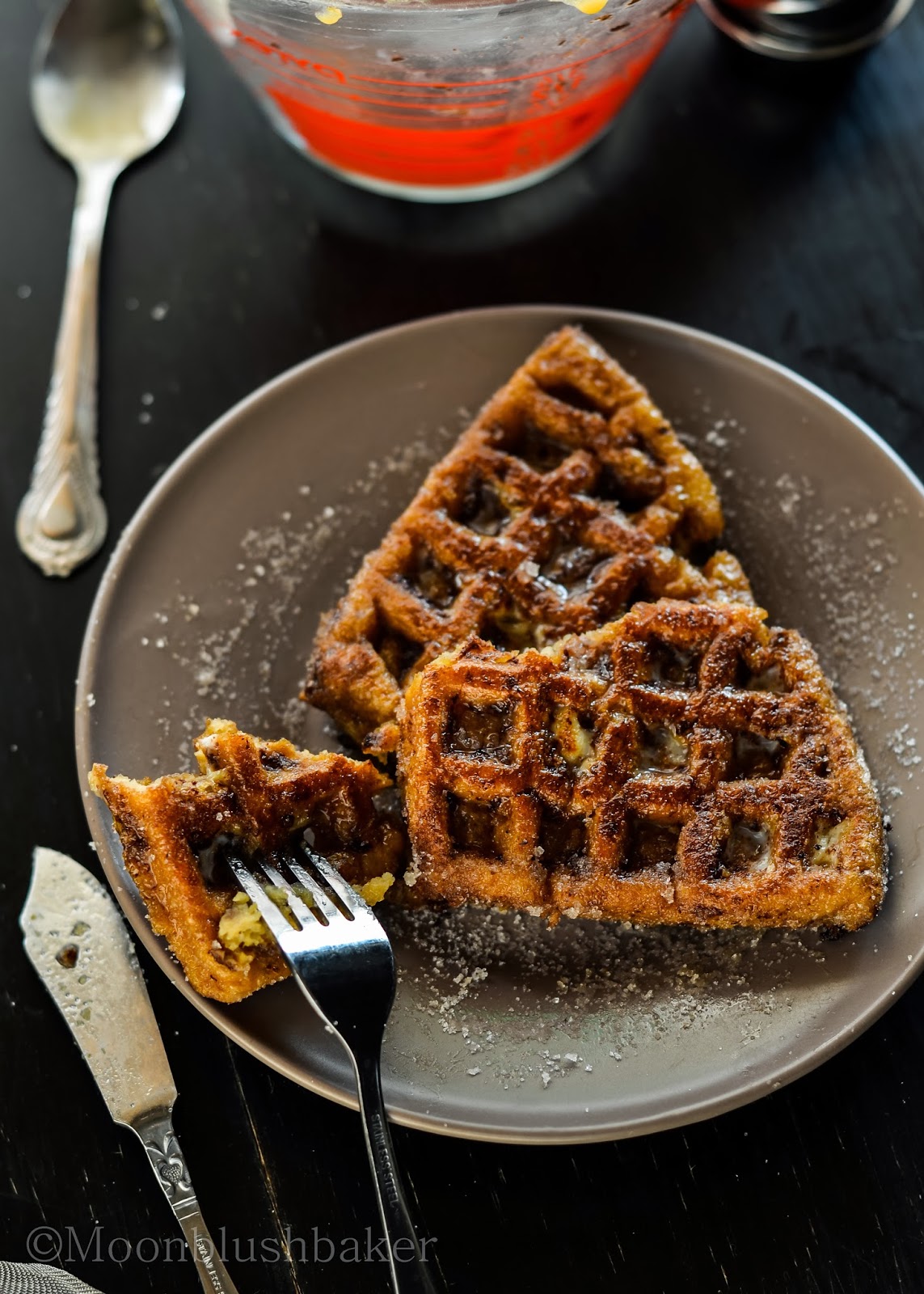 To make your custard;

Bring milk and cream to the boil in a heavy based sauce pan, add your pumpkin puree. Whisk in a leave to steep for 20 minutes.

Crack your egg into a jug and whisk in cinnamon and vanilla.

Strain the milk mix into a jug.

Place the milk mixture back on the heat in the same pan. On medium heat stir until it is thicken. Set aside to cool

To make the toast

In a shallow, wide dish pour your custard in. Place your waffles in this mix. Allow to soak for 10 minutes then turn and soak for further 5 minutes.

Pre heat a teaspoon of butter in a fry pan on low-medium heat. Once the butter has melted and foamed, add the toast. Turn the heat to low and cook for 5 minutes on each side.

Once cooked remove the toast and place it in the sugar/ salt mix. Dust it around generously then serve right away.