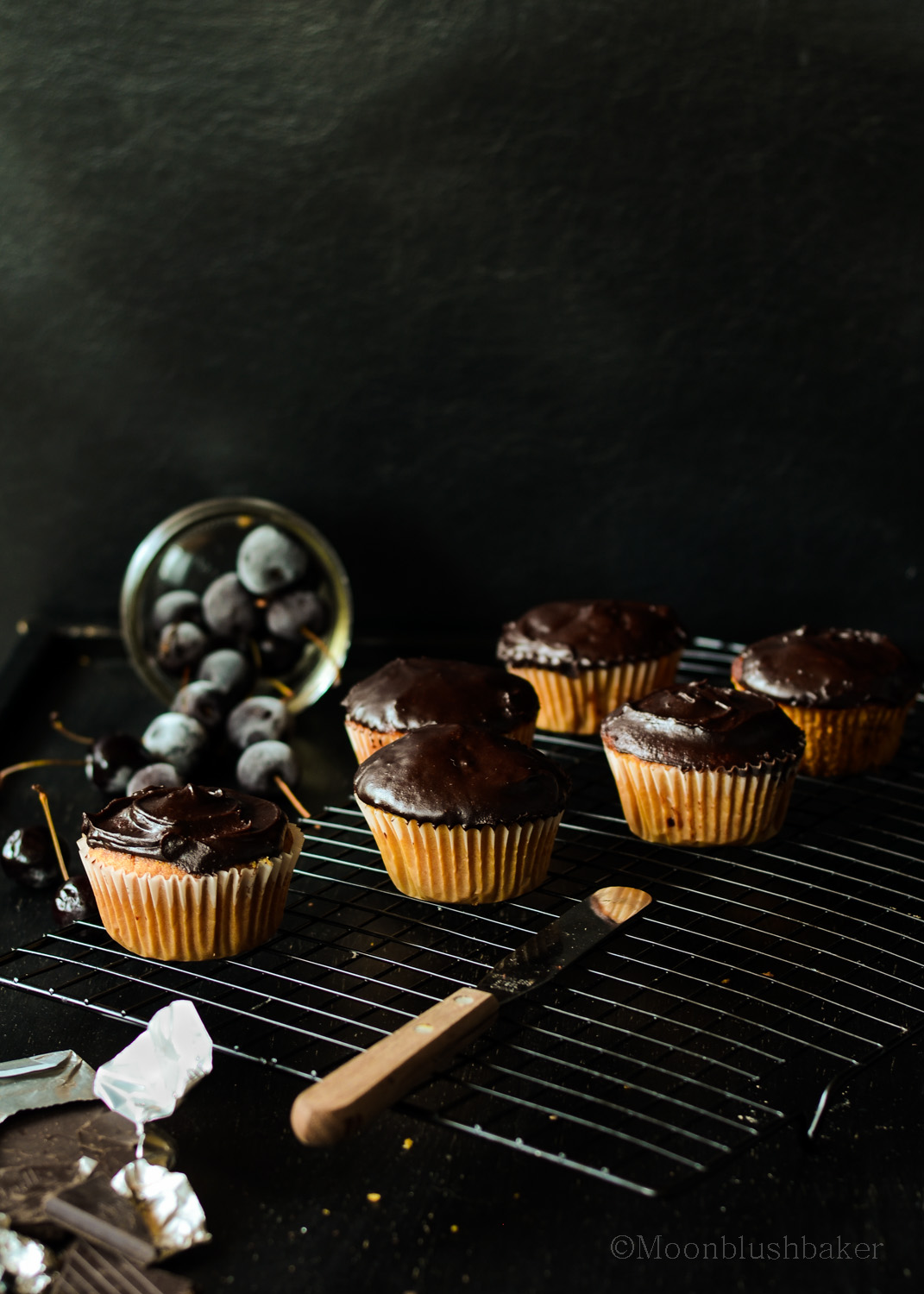 Some times food can be more of a hassle than it is worth it. Yep, I said it. These are dark dirty secrets of the food world that only the honest Jones and Janes will tell you. You do not even have to be a blogger to understand some of the pit falls that come in preparing desserts or even meals. You may prepare , plan and design it to the hills but only when you melt that chocolate, start the machine or turn on the sugar; does fate decide whether it will work or not.

It is a weird sense of injustice right? Like most people, I have always believed placing in hard work, doing the dirty jobs in the beginning, keep your voice down and do not ruffle feathers. Most of all, if you followed instructions, they should work… 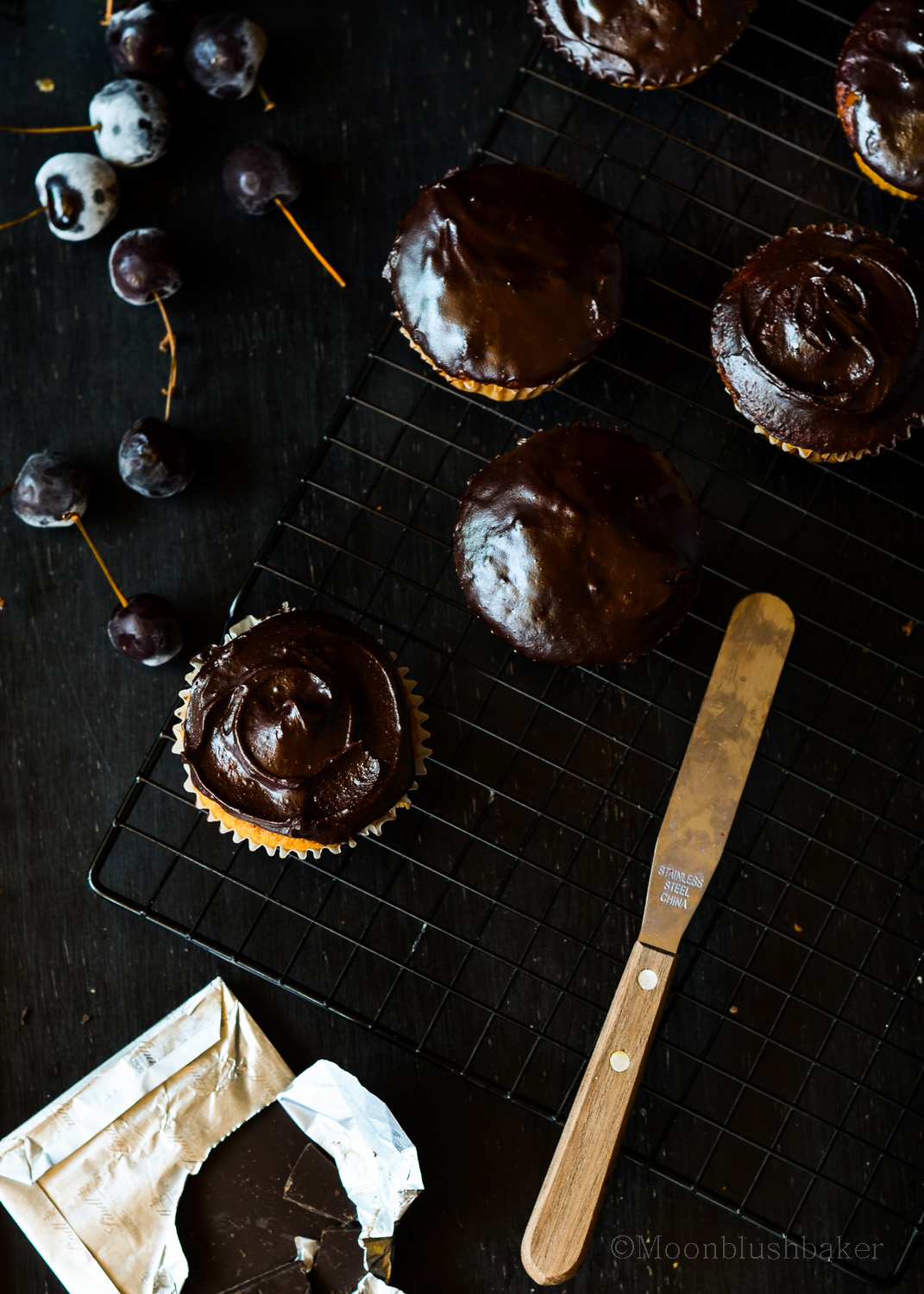 Sometimes the evening meal is more of a pain than I care to comprehend. I once tried to attempt a multistage cured meat dish which turned into one of the biggest fails in the kitchen. Honestly it was a giant piece of inedible chicken in a broth sauce that had a weird hue of yellow and a layer of green tinted fat… I would take a picture of my meal fail but honestly I am too embarrassed. I even didn’t show it to my family when they came over. What? I have a reputation to up hold. 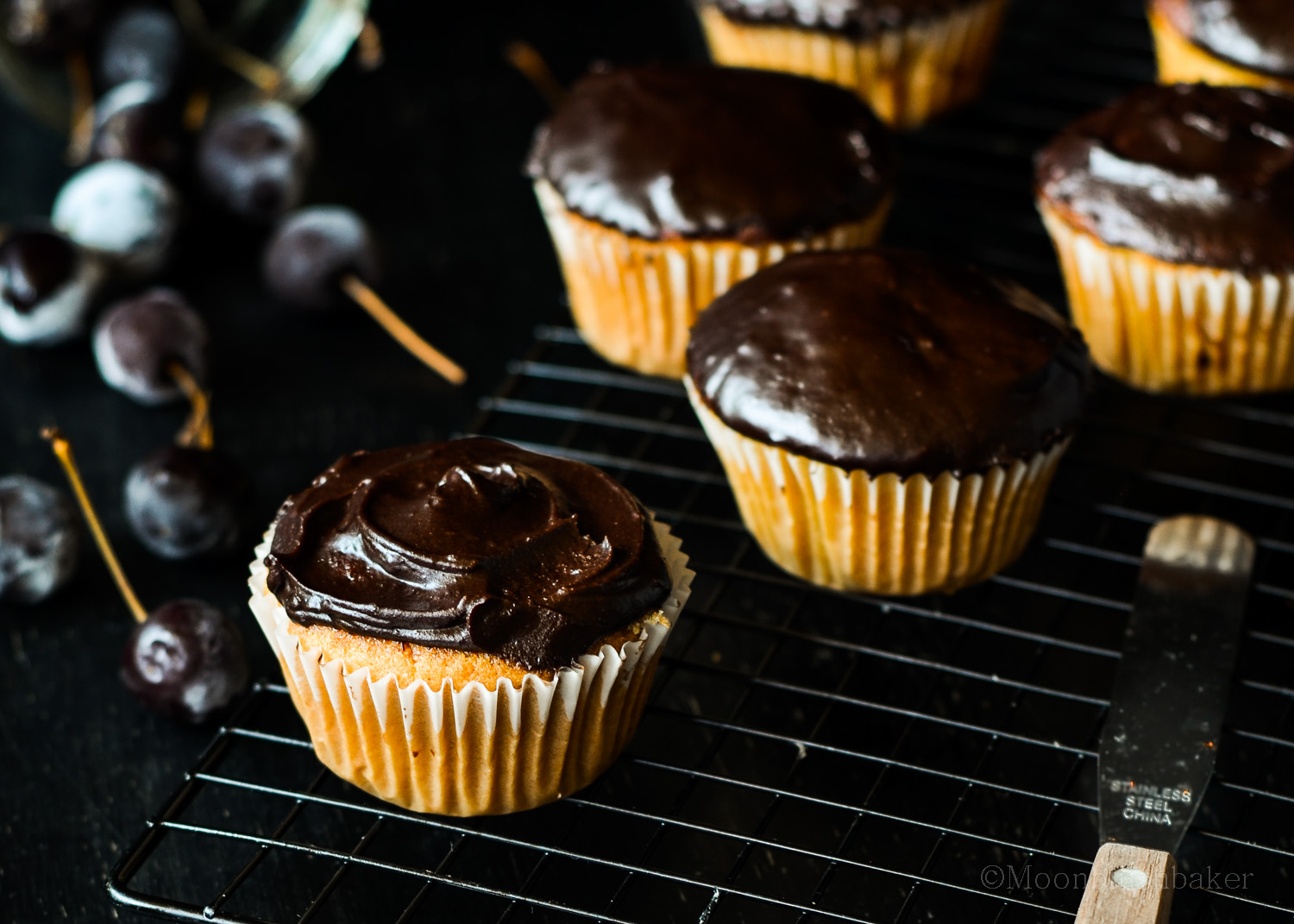 At least I could try to save it with cake and yep I did. This was one of recipes that life after being stuck in a dessert rut for a few weeks. I missed making cake over the past few weeks. Only I could miss something sweet. 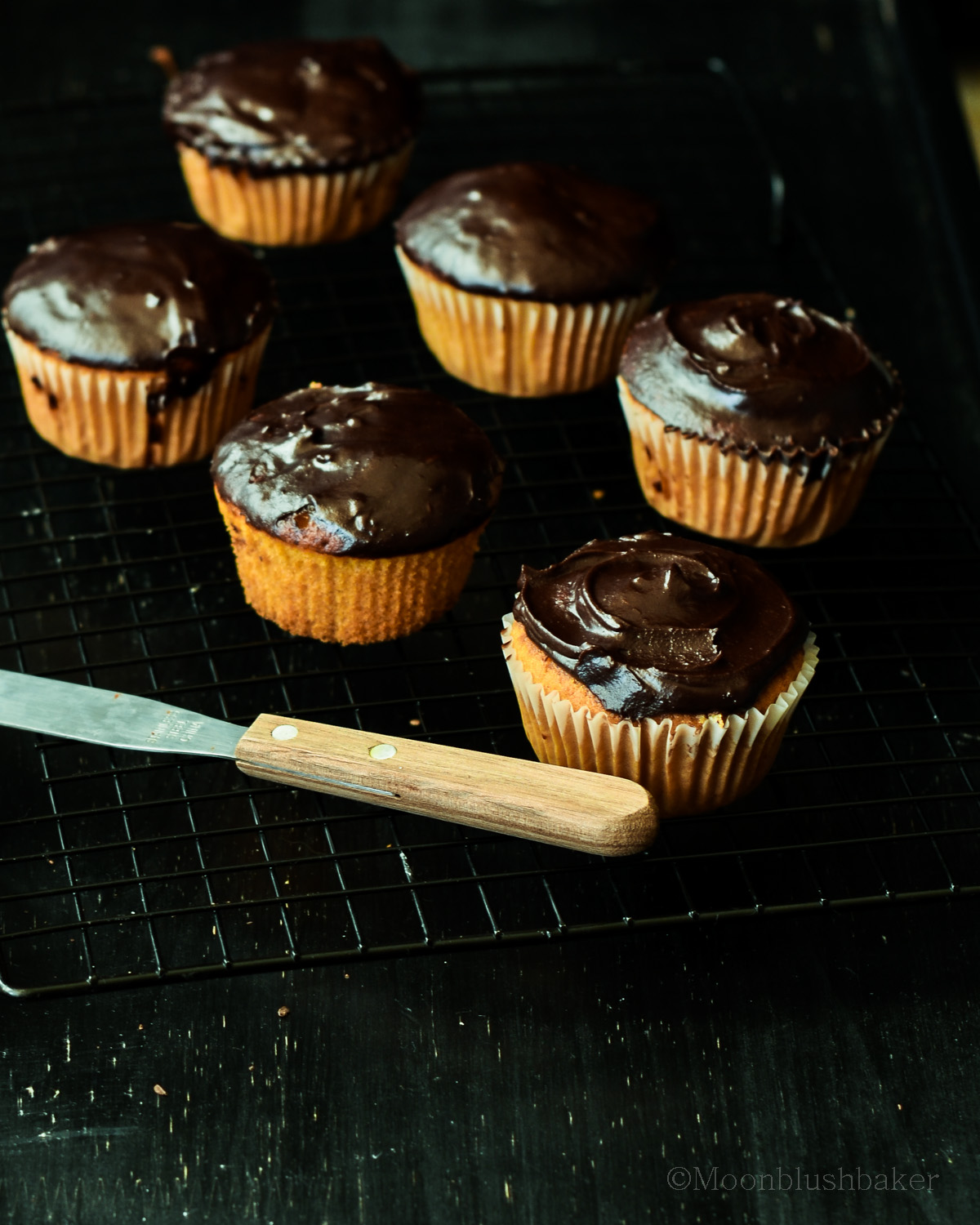 Of course after two fail dishes and a whole lot of cleaning I really did need some dessert, however short on time and ingredients I had to try an adapt a recipe without eggs, milk and butter. So really these are the vegan cupcakes that could. Even if you have failed miserably throughout the day these cupcakes are simplistic but essential to restore a bit of confidence in even the worst of bakes (or bakers). 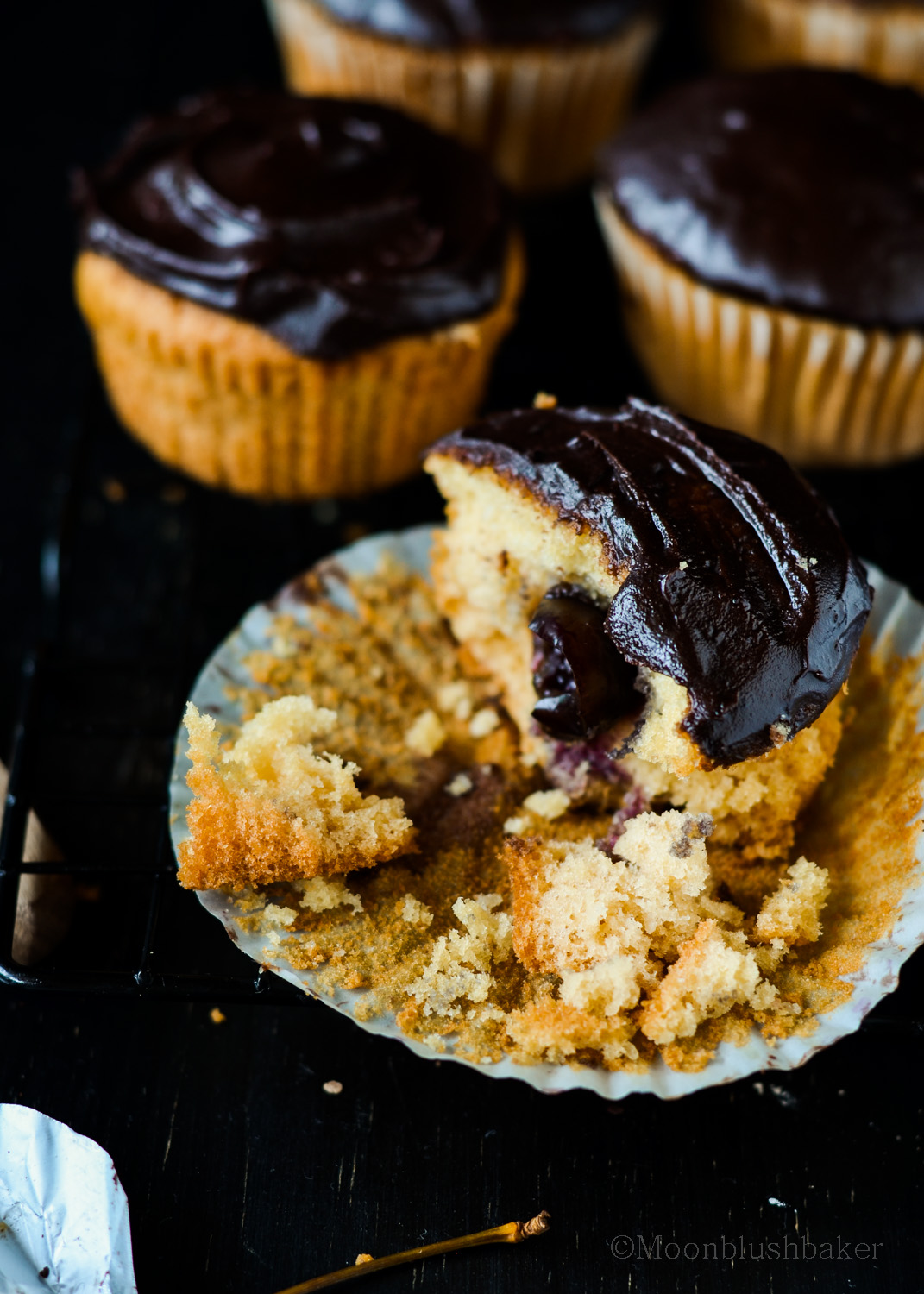 I did not set out to create a cupcake that was vegan but it did make me see that cupcakes can be made by the mix and stir method, yet produce that fluffy yet stable interior. Also you see that trade mark yellow interior; I actually went to effort to source golden caster sugar. While these are not an everyday treat, I am pretty sure the list of everyday ingredients and short amount of hands on work will have you coming back for more.

Normally I would use all sugar but the use of golden syrup is another flavour note and texture helper. The addition of thicker moisture to these cupcakes makes up for the fact store shelf soy milk or alternatives can be notoriously “runny”. You can place a cherry in the middle if you please but they are divine without it. 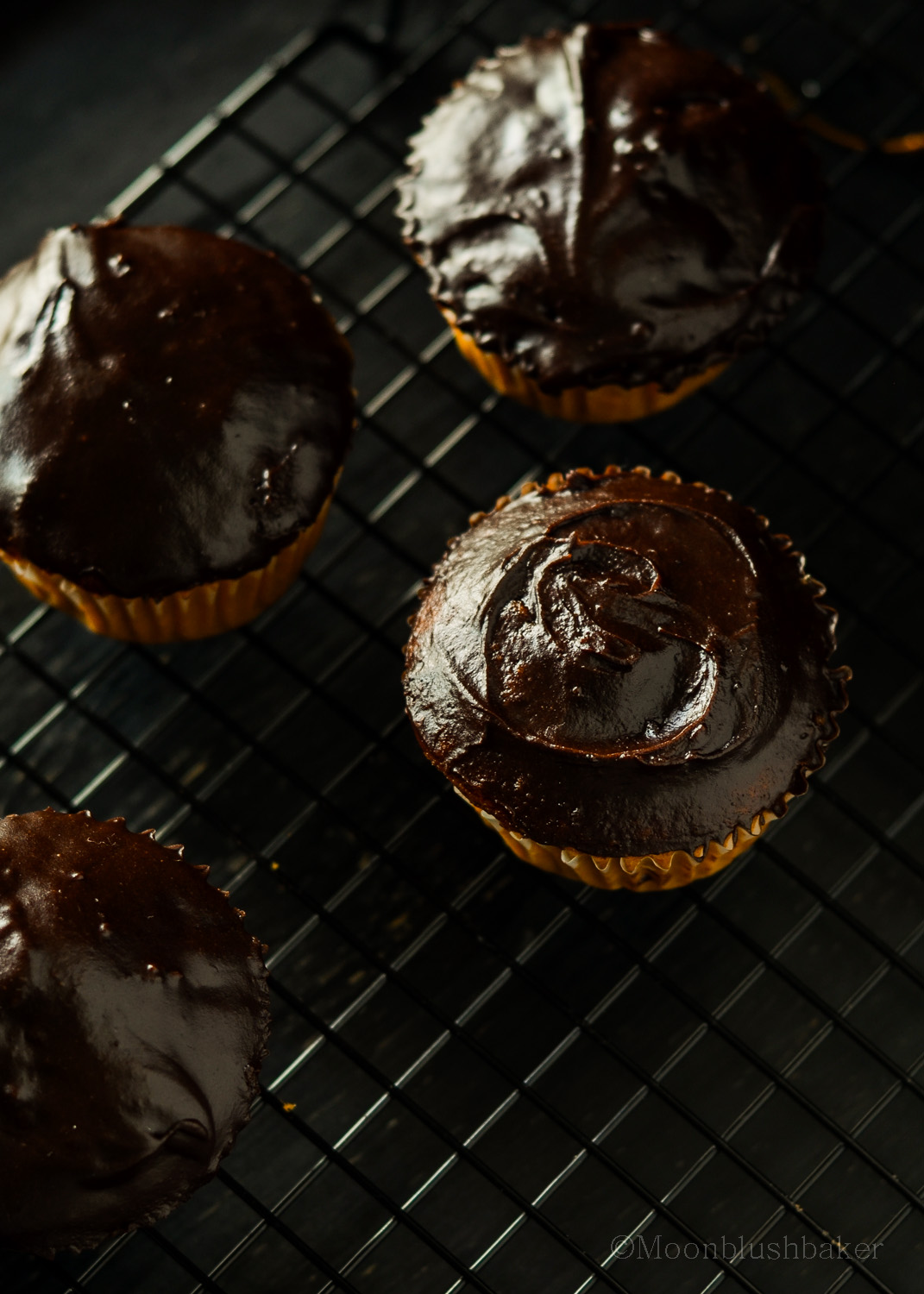 Topping these cupcakes is a simple icing but when you add dutched cocoa and replace water with coconut juice; icing sugar is no longer boring. I also added a bit of Cherry liquor to mine but you do not have too. I like the fieriness it brings to food; not very cherry but the sweetness is there. 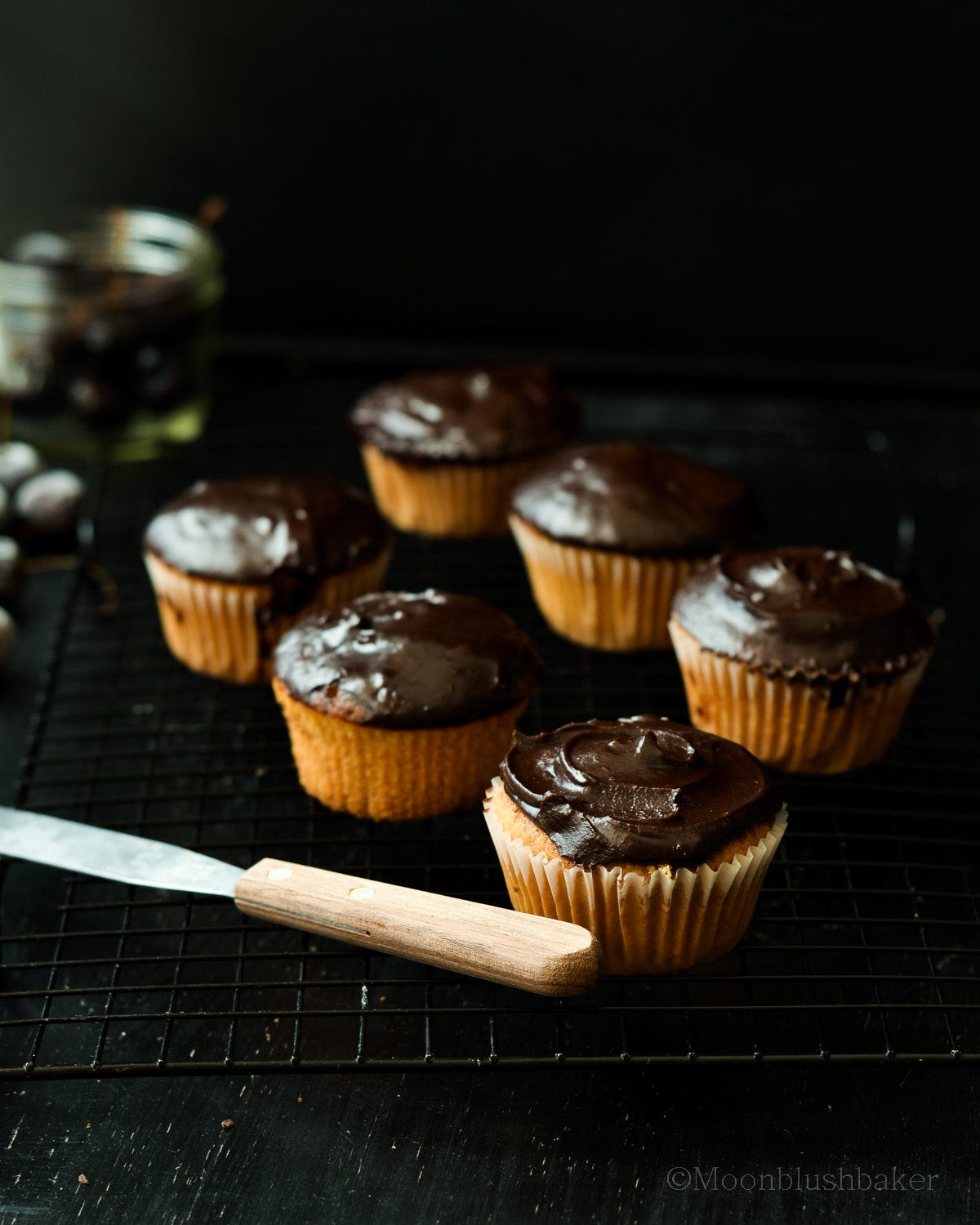 I am pretty sure the icing taste like if you crushed a cherry ripe through a blender, not bad… and look how pretty it can make those fancy rustic swirls! ( I am sucker for this technique)

For times when facing palming a plate of cupcakes is completely legal; at least you can have a recipe that requires no preparation what so ever… 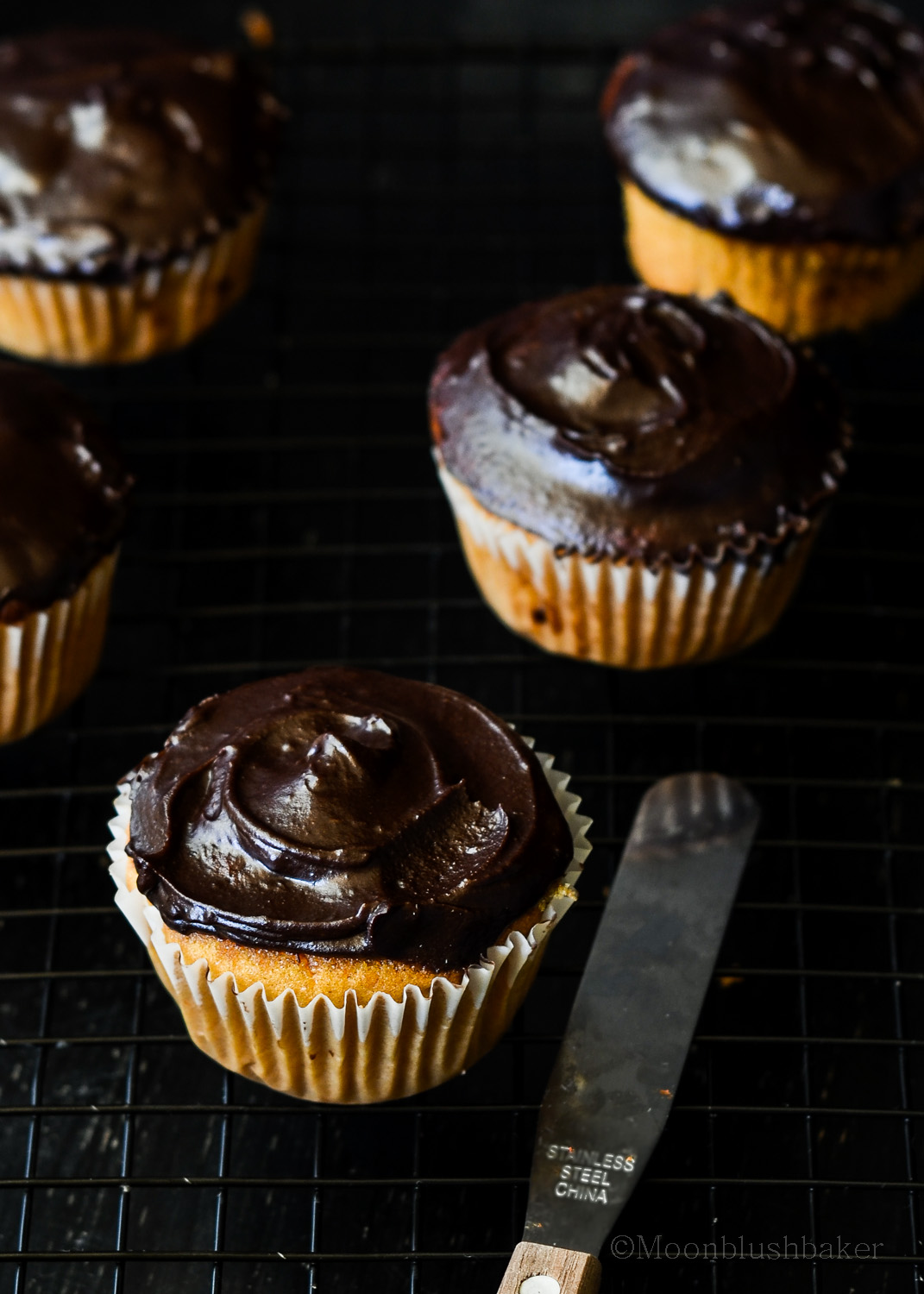 Optional: 12 pitted cherries for the inside

In a jug measure out your milk and whisk in vinegar. Set aside until needed.

In a large bowl using an electric mixer whisk the oil, syrup and sugar until the sugar is slightly dissolved. Add the extracts and whisk again for 3 minutes on high. It will not cream but become paler.

Gentle mix in the flour and milk mix alternating as you go.

Fill your cupcakes 2/3 of the way up in the lined muffin tin. Bake for 20-25 minutes or until it springs when lightly touched.

Allow to cool in tray for 3 minutes before transferring to wire rack to cool completely and room temperature before icing.

In large bowl mix the two shifted sugar and cocoa together.

Mix in the coconut water and butter. Whisk till smooth. stand for 10 minutes then whisk and use it to ice cupcakes.