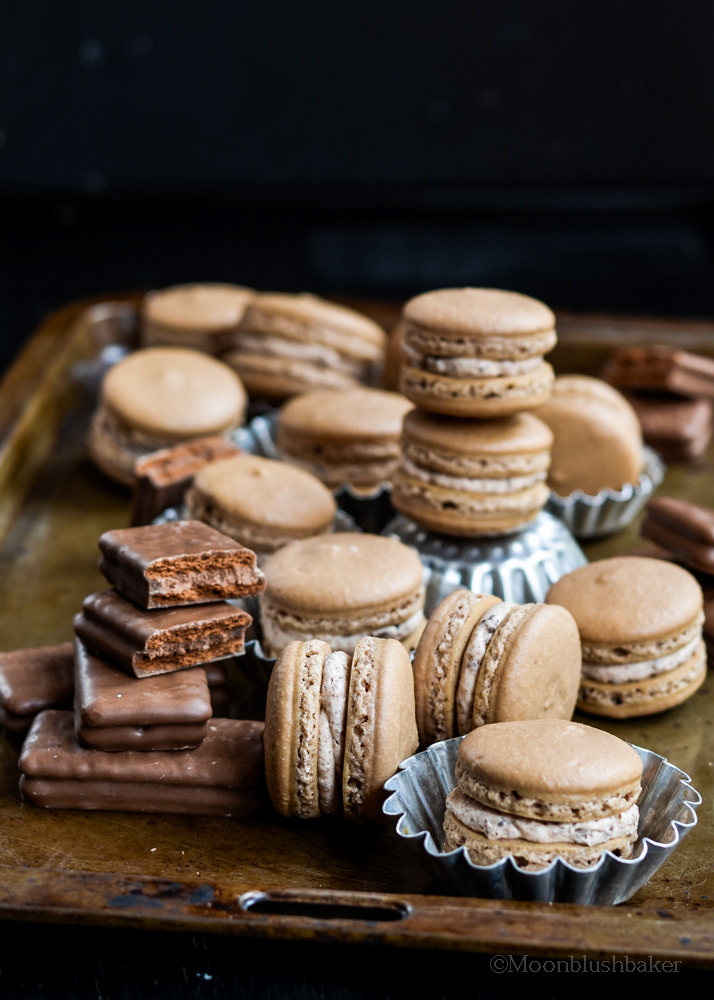 Even though my twitter is for the purpose of reaching you my lovely readers, one thing which is getting my undies in a knot is the hash tag #icebucketchallenge. For those who have been living under a rock, the ice bucket challenge is a way of raising money and awareness of a motor neuron disease. If you are unfortunately diagnosed with it you are going to need to get in to palliative care ASAP. You can manage the pain of not being able to use the muscles in your major organs for living but ultimately it is a chronic illness that often takes the lives of many people too young to leave the Earth. 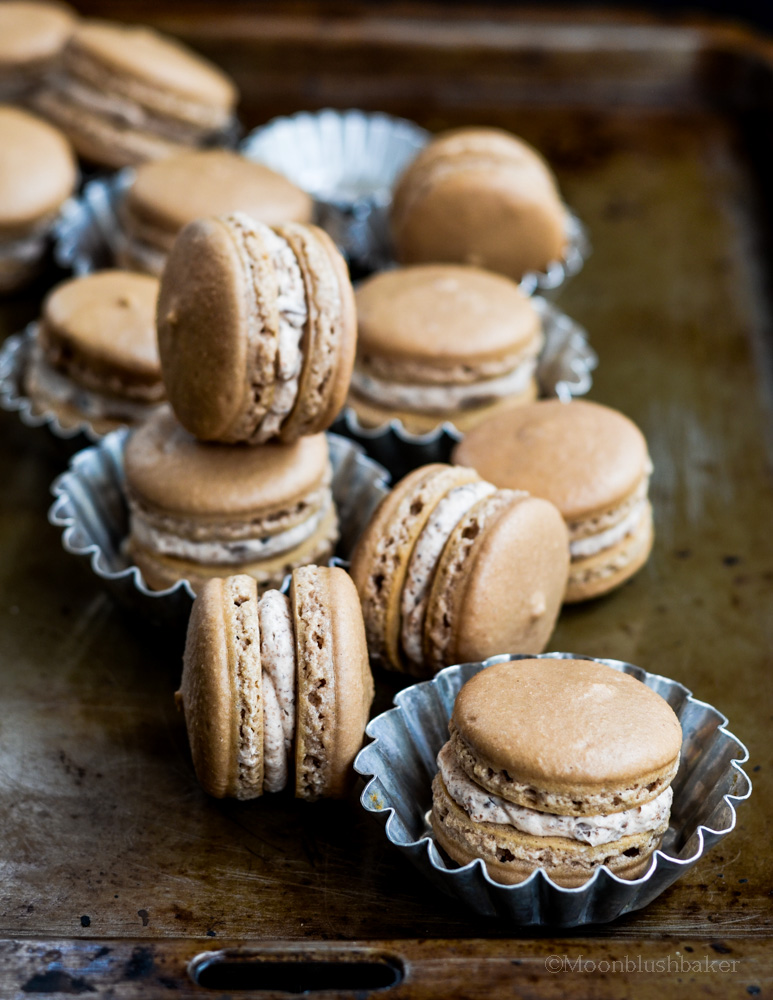 I have no problem with the charity wanting to raise money for cure or at least a way to delay the onset of the inevitable.  Many organisations over the years have done this. “Movmber”, those nudie calendars for breast cancer, world’s greatest shave… I can go on and on. For every campaign that has gone viral there are always the asses that spoil the good message it was first founded on.  By tipping the bucket of ice water over your head, it is meant to recreate the feeling of those suffering with the disease on a smaller scale. You cannot control your face, breathing however you are still aware of all your other senses. 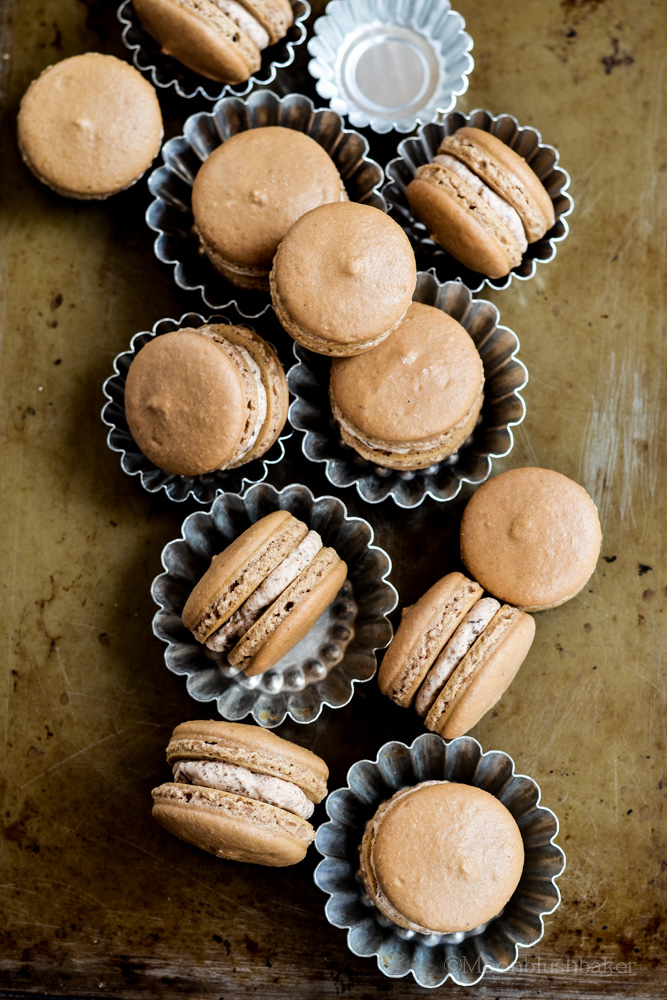 For every 10 people that do any of these challenges or outlandish displays, at least half will not know what the hell it is about in the first place! Now that frustrates me! 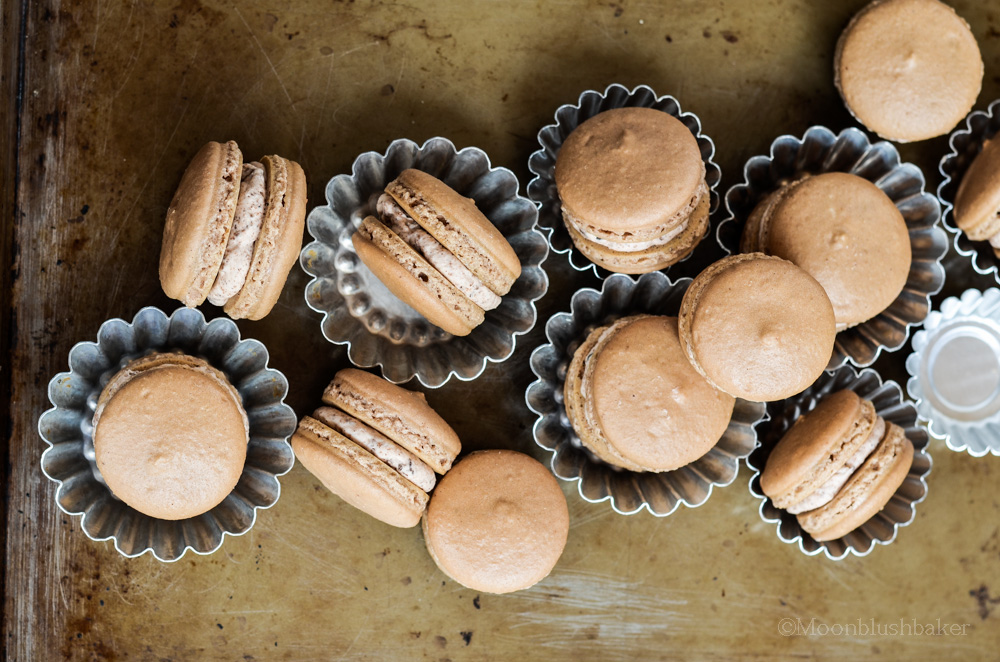 If you are growing a bread or doing this ice bucket challenge for shits and giggles, shame on you. The point of the display is raise money for the organisation! Not for you to do something that everyone else is doing because it is trending on Twitter and it looks good when you go around, showing people the video.  Every time a lame ass E grade star from a fail television show does this challenge with the intention of drumming up their own profile; it detracts from the real reason people are putting their brain cells at risk of shock freezing (well at least for a few seconds anyway). 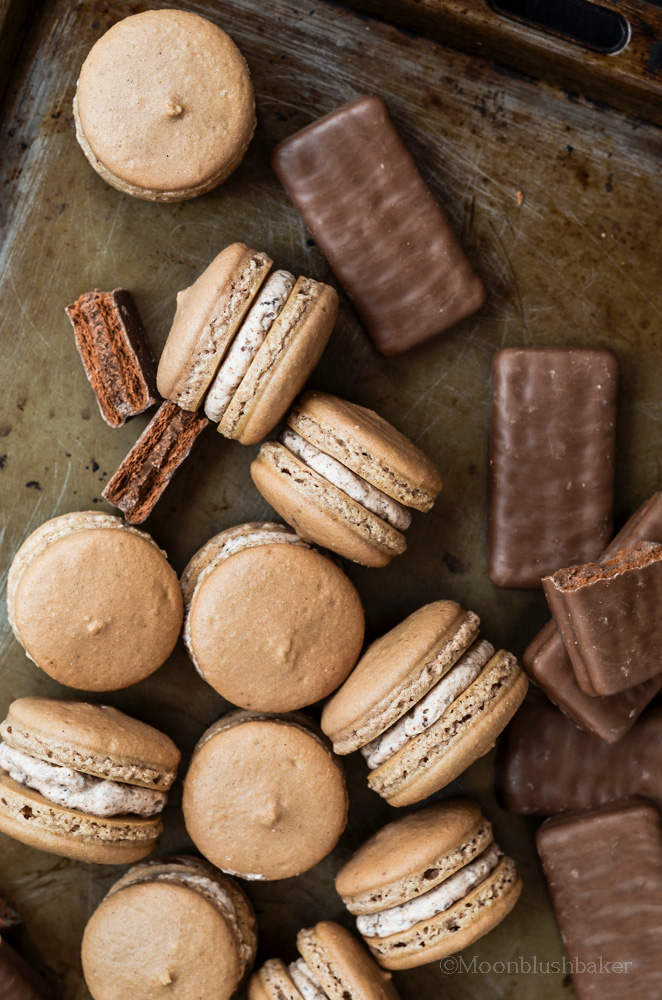 The way you know it is a trend is when the world “fail” appears on the end of hash tag…. OR the people have no done it with a full bucket of ICE filled water ( Ice half way up the 20 L bucket). Lame attempts and people in wet shirts with unflattering displays of nipple is all I see.

Also what about next year when the organisation still needs money? Is the month of august going to become Ice bucket challenge month? 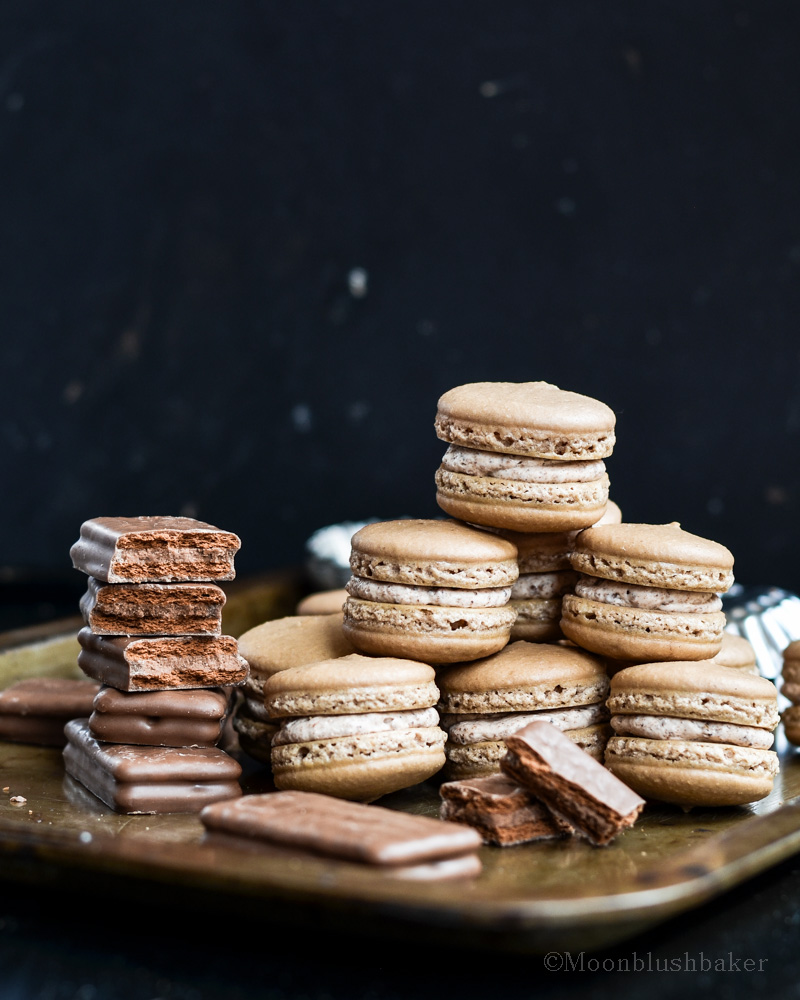 If you really want to help; Why don’t you donate WITHOUT having to freeze and waste water? Money and good hard working scientists is a way to help, not being part of a trend. Enough with me rant and use of exclamation marks. 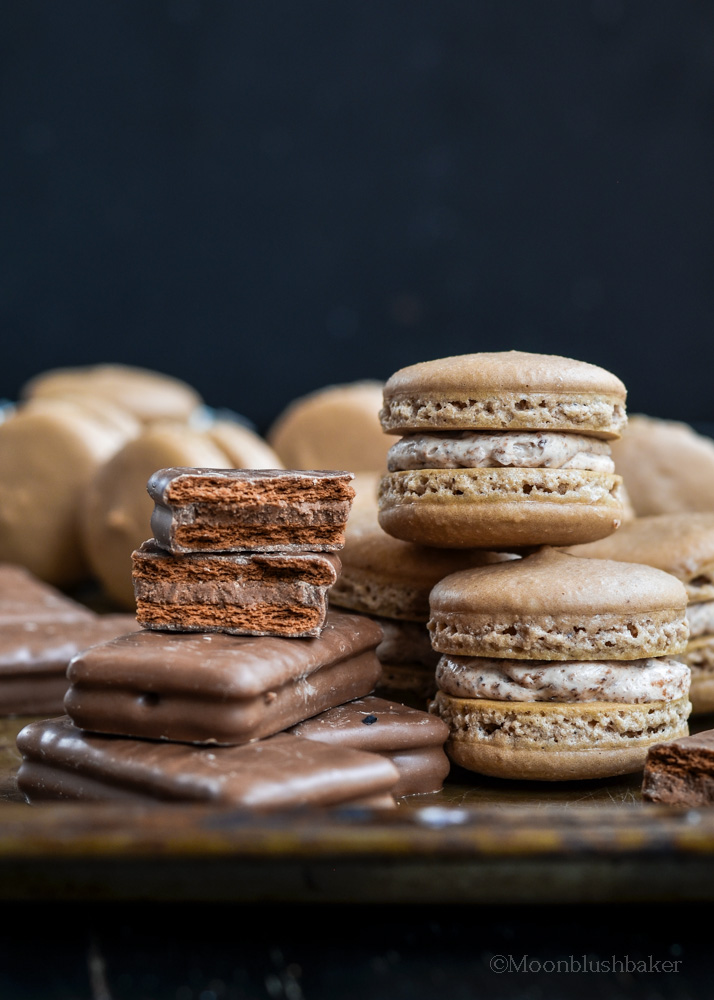 At least I had enough money left to stock up on Tim tams. Tim tams are those delicious as biscuits with the equal layers of icing to two biscuits in many flavours. I am boring and only like the dark chocolate and double coated ones but I think my sister likes the salted caramel one (not bad). If Those of you who think macrons are dead, think again. Unlike those cronut trends; having a good macaron is one of those culinary dining experience that you can only recreate in a French patisserie, or if you by chance have the skill to recreate it at home. 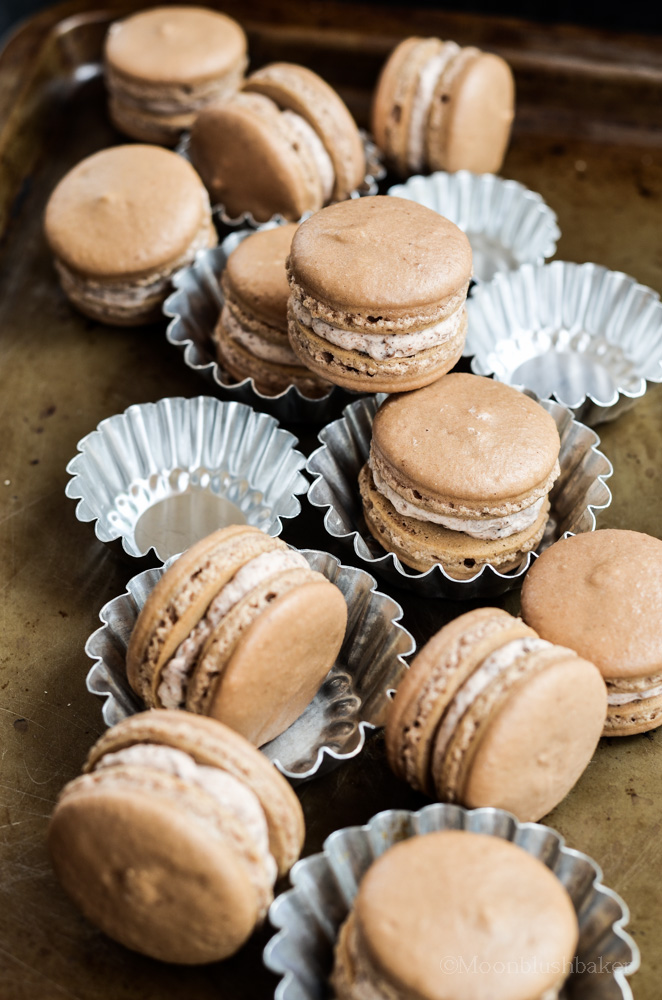 These are simple but effective. Tim tam slam  is when you drink the coffee with a tim tam like straw. SO in honour of this very Aussie custom. I did a Tim tam slam macaron!  Coffee and cocoa infused shell with a creamy milky filling of butter cream and crust classic Tim tams. It is adult way of enjoying the very casual Tim tam custom. Sweet Tuesdays Friends! 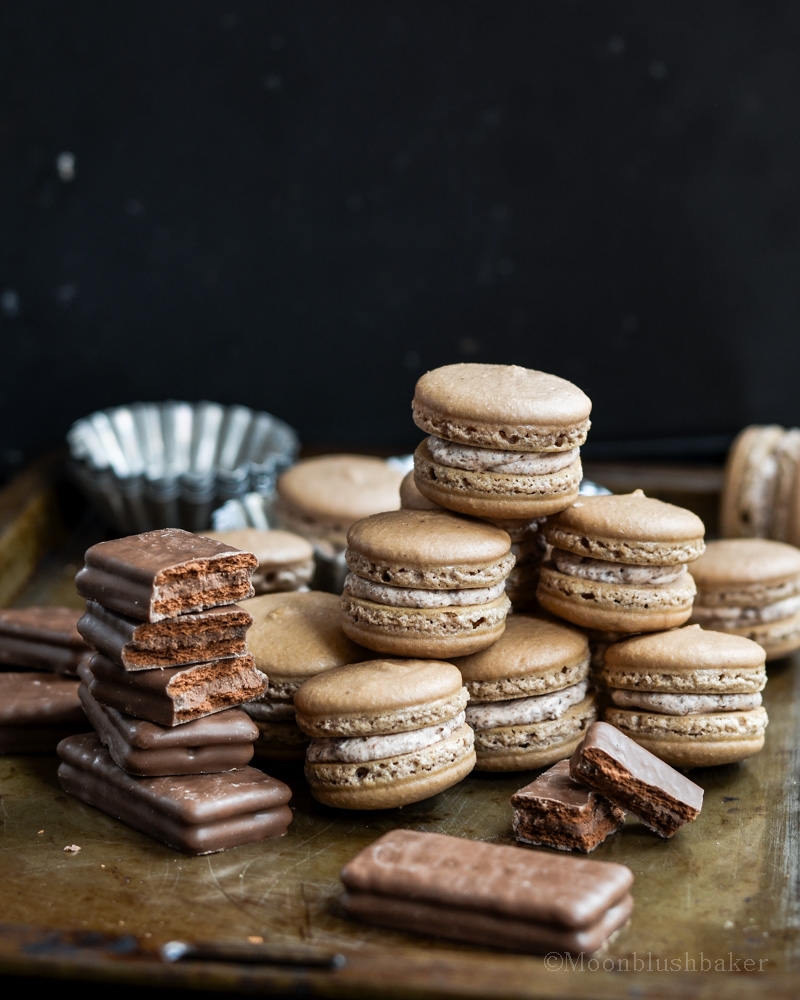 Place icing sugar, cocoa and instant espresso in food processor and turn on high for one minute. Stir in almond meal and pulse for 5 rounds. Sift into a large mixing bowl and set aside. Using an electric mixer, beat egg whites and salt in a mixing bowl until it reaches soft peaks.

Turn the mixer to high speed, gradually add sugar and beat until it reaches stiff peaks. It will be shinny and hold a peak, not dry textured though.

Add all meringue to your dry mixture and mix together with a spatula, By using the spatula to push the meringue against the side of the bowl to break down bubbles, do this for 10 strokes. Then fold carefully til it becomes incorporated and the mixture starts to become shiny again. The mixture should flow like lava and a streak of mixture spread over the surface of the rest of the mixture should disappear after about 30 seconds.  Place mixture in a piping bag with a 1 or 1.5cm round piping tip.

Pipe circles about 3cm wide on your prepared trays, leaving about 3cm space around each one. Tap baking sheets carefully but firmly on the benchtop a couple times.

Leave to dry for about 60 mins, until it develops a skin like texture and is not sticky to touch.Preheat your oven to 130C. Bake for 20-25 minutes until risen and dry.  You can test one by lifting it carefully off the baking sheet, if it is sticky and tears it is not done but if comes clean it is ready.

In a medium pot, bring the milk to a simmer along with the vanilla bean pods. Turn off the heat and set aside to steep for at least one hour. Dissolve malted milk and ovaltine in the sauce pan while still warm.
Strain the milk mixture into another bowl but reserves the vanilla pods. Scrape out the vanilla pods and set the mixture aside. Return the milk to a simmer. Whisk together the sugar, reserved vanilla bean scrapings, corn and eggs medium bowl.
Temper the milk in the egg mixture by pouring a steady thin stream of hot milk into the egg mix while whisking. Return the tempered egg/milk mixture back into the pot. Turn the heat to medium and whisk until the mixture begins to thicken and bubble sluggishly. From that point, continue whisking and cooking for a full minute more; use a timer or you run the risk of not fully cooking out the cornstarch. When the minute is up, pour the custard into a large mixing bowl.
In a stand mixer, beat it with the mixer paddle until room temp. This will take a while like 25 minutes. Beat it till it is creamy and stable.
Cut you butter into a small dice. Proceeded to add in the butter, one tablespoon at a time. Add the salt and continue to whip until the mixture is creamy and homogenous.
Add your crushed Tim tams and mix to combine.
Use immediately or refrigerate until needed. When ready to use, whip until creamy before proceeding.